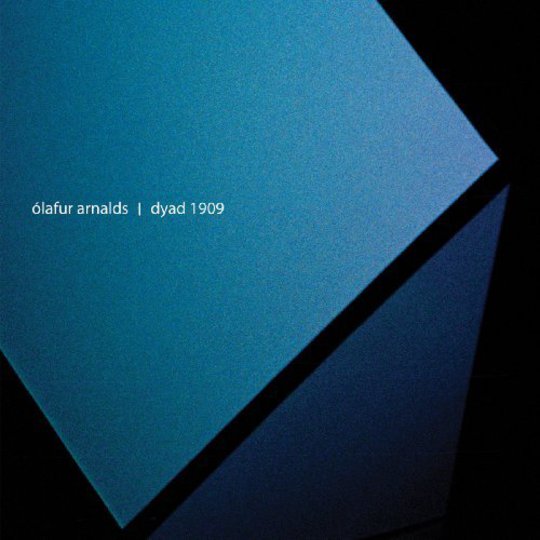 There is something about the minimalist and deeply flexible nature of the hazily-defined music of ‘modern classical’ composers like Max Richter and Olafur Arnalds that seems to lend itself to contemporary dance. Last year sometime Efterklang collaborator Peter Broderick scored Adrienne Hart’s Falling From Trees; before his death Merce Cunningham worked on Split Sides with both Radiohead and Sigur Ros; and now Arnalds has written the music for a recent production by award-winning British choreographer Wayne McGregor. The link seems to lie in their deft fusion of defiantly 21st century elements – electronics, thinly veiled pop culture references – with a timelessness borne of traditional instrumentation, harking back to the primitive nature of dance as release and ceremony, and simultaneously forward to its similar role in modern society. Dance is an intensely expressive form, and the seismic shifts and strongly contrasting elements within Arnalds’ Dyad 1909 score seem to mirror that physicality.

That said, to these senses music is a comfort zone. Attempting to understand expression, structure and intent feels easier through an aural rather than a visual medium – especially one as open to individual interpretation as human motion. Still, as a science graduate, what piques my interest about McGregor’s choreography is his stated interest in bridging the huge gap between the typically perceived ‘mystery’ of the creative process and the empirical reality of the physical and mental processes that lead to the generation of art. The perceived domain of the artist has typically been vaguely defined, some deeply shrouded secret, impossible to place under the microscope of rationality and just as difficult to disentangle from the equally enigmatic nature of our emotions. The research being carried out by the scientists associated with McGregor’s team aims to shed some light on the subjectivity of individual dancers’ interpretations of a single concept.

It would be interesting to take a similar scientific approach to Arnalds’ compositional interpretation of Dyad 1909’s concept: quite aside from its ceaselessly shifting beauty, the score’s simultaneously dramatic and intimate nature fits its subject perfectly. The crossover regions between different media and brain activity patterns associated with creativity would suggest that very similar mental processes occur in the minds of its dancers as well as its musicians. Still, quite aside from everything else, the record itself is immediately striking. If last year’s Found Songs project was sufficient to draw attention to Arnalds’ impressive potential, this serves as a further step up. Each element is further developed: the haunted beauty of ‘Lokaðu Augunum’ more pronounced and sudden bursts of Warp-style beat processing more accomplished than ever before.

Dyad 1909’s most telling characteristic is that it stands apart from its wider context, a fully realised half-hour piece in its own right. There is a beautifully pitched thematic consistency running throughout; opener ‘Frá Upphafi' drifts in on a barely audible blaze of guitar feedback before parting to reveal a typically sparse and lilting piano figure, whilst the slower paced glitches of ‘Brotsjór’ serve as a taste of the onslaught to come later with ‘Til enda’. The solo strings of ‘3326’ provide the highlight however, their spectral density a little reminiscent of Max Richter’s most melodramatic moments, but imbued with the detached sense of personal drama that Arnalds is fast making his trademark. If Dyad 1909’s accomplishments serve as any indicator, his next full-length is likely to be a definitive statement.