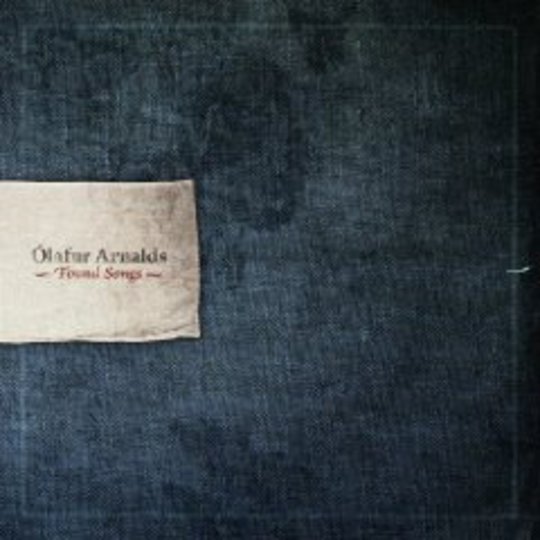 A couple of months ago, sometime Efterklang collaborator Peter Broderick released the quite outstanding Music For Falling From Trees on the Erased Tapes label. A miniature suite in seven parts, commissioned as a soundtrack to a contemporary dance performance about a patient trapped in a mental asylum, its real appeal was in the consistency of theme throughout its short length. So similar minimalist violin motifs appear periodically throughout, while slight changes in atmosphere and mood are communicated through subtle energy shifts instead of full melodic progression. In this sense, the piece’s strong point was its brevity – short enough to retain the attention and keep close links between themes, but long enough to fully explore their implications.

Not long before Music For Falling From Trees was released, Icelandic Erased Tapes artist Ólafur Arnalds envisaged a simple but effective project to re-connect with the idea of spontaneous composition: he would write and record one single piece per day for a week, and immediately release the results for free download. The entire collection has now been made available as an optional full release (the low bitrate mp3 alternatives are still available for free), and despite its differing origin, Found Songs shares a number of similarities with Broderick’s latest.

Broderick wrote his entire commission extremely rapidly, in around three weeks – certainly an aspect that emphasised its consistent thematic nature. A short gestation has done the same for Found Songs. Whilst Arnalds’ earlier recordings have been fully fleshed out with denser instrumentation, these compositions are stark and free of unnecessary ornamentation. The speed at which they were written allowed very little time for reconsideration, and the result is a collection stripped bare of disguise and artifice, skeletally structured yet raw in its emotional punch. Essentially a series of sparse piano instrumentals, the times when they are roughly scrawled with windswept violin or textured with the slightest buzz and crackle of electronics serve as emotional peaks. One such occasion rears its head early: ‘Raein’ is the highlight of Found Songs, a tiny symphony of lilting ivory and brusquely layered strings that blazes bright and chill, then tails off all too soon. Similarly to that of Music For Falling Trees, Found Songs’ short runtime may be its greatest quality. Each piece barely extends beyond the four-minute mark, and by the time you’ve reached the end of ‘Ljósið’, the journey barely seems to have taken five minutes, let alone 20.

Much has been made of the idea that Iceland’s landscape intrinsically ‘finds its way’ into its native music. If there is any of his country in Arnalds’ music, it is felt most keenly in the permeating sense of tranquility and transience. This is music to be listened to on lone train journeys, landscape dashing past the window providing a strangely effective visual counterpoint to the slow, crystalline shadows of ‘Allt varð hljótt’ and the stately march of ‘Lost Song’. Perhaps unexpectedly, given the conditions in which it was conceived, in Found Songs Arnalds has sired his most beautiful and beguiling creature yet.