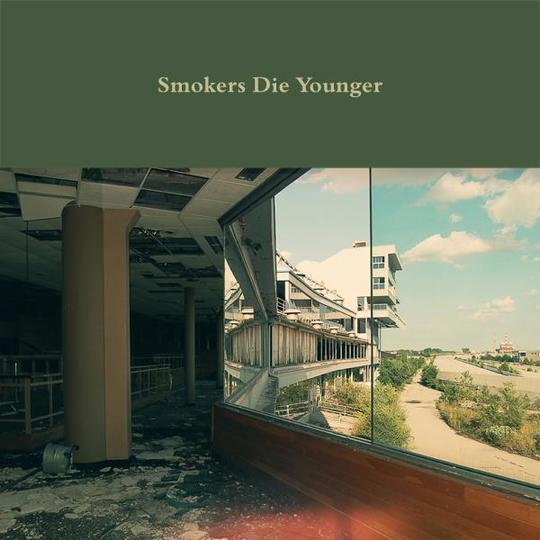 I’d been blissfully unaware of Sheffield quintet Smokers Die Younger until this, their self-titled second album landed belatedly on my doorstep. DiS had previously drooled all over X Wants The Meat, their wonderfully-titled 2006 debut, lauding it up with some outstanding plaudits and all but proclaiming the group as some kind of second coming. I was curious.

Reading between the lines of a press release filled with riddle and adjective, it would appear Smokers Die Younger has been produced by Alan Smyth of Arctic Monkeys and Long Blondes fame. Responsible for much of South Yorkshire’s most noteworthy music for a decade, Smyth has taken to referring to the Smokers as "my Velvet Underground". Happily, though, I can report that the new record isn’t incomprehensible art rock and offers some IMMEDIATE gratification.

Starting with the Morse code blips and thumping bass of ‘Youth Map’ you begin a complex journey through densely rich timbres and dizzying musical sounds. It’s breathtaking to hear just how many musical styles and influences can swell into a cohesive nine track collection. Each 40-minute play seems to reveal more and more detail, uncovering new subtleties, but making you feel as though you’re always an arm's length away from placing its roots exactly. This morning’s rotation found me conjuring similarities to Guy Picciotto’s pre-Fugazi Rites Of Spring, Indie nearly men Dogs Die In Hot Cars and a Baroque concerto. After a spot of lunch it became Slow Club jelly wrestling CSS while Brakes providing the play-by-play commentary. From the jittery alt country twangs of ‘Sketchpads’, the spacey ‘Telemark’ through to the head-trip of ‘Knives’ and beyond this album just keeps winning and giving.

The boy / girl vocals are dreamily interlocked, telling their barely comprehensible stories. Instrumentally the minimal synth, single note / sometimes loud guitars and throaty voices prove to be a winning formula track after track. There’s the emotional impact here, similar to that which makes The XX so special, but it’s played in a manner completely uninhibited by pomposity. Overwhelming yet understated, this is one heck of an album.