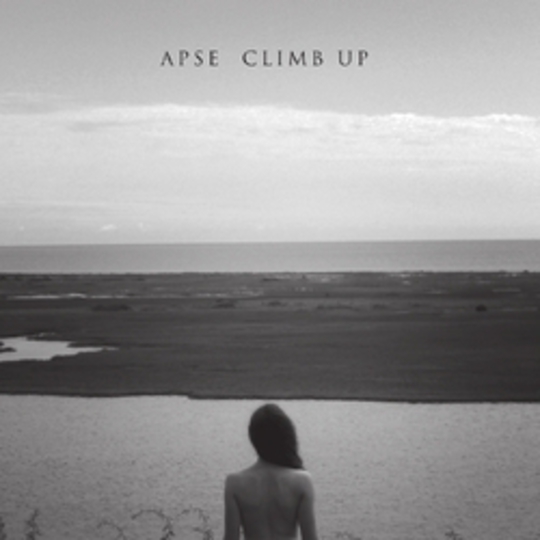 Back when philosophy was bigger than rock’n’roll, Plato made the metaphysical claim that there exists another world, outside of the one which we ordinarily see, hear and put inside our mouths. The world around you now is just an illusion, and so are all the things you are looking at, listening to and putting inside your mouth. They are merely reflections of the other world, the true world, the world of ‘Forms’. Plato reckoned that you and I are like people chained deep inside a cave. We’re watching the shadows caused by a flickering fire, and because we don’t know any better our puny brains are fooled into thinking that these shadow paintings are all that there is, the whole shebang. He tells us to break our chains and look outside. At first we might be blinded by the light, but in time we’ll find what it is we seek, the ‘Form of the Good’.

I reckon Apse are like people chained deep inside a cave, or at least they were on 2006’s Spirit. The band’s full-length debut, which ATP reissued last year, was definitely shadow music. Predominantly instrumental, it was a brooding, foreboding take on post-rock, sparsely lit by ghostly vocals. The band has gone through several line-up changes since then and reimagined their music significantly. Climb Up is the sound of breaking chains.

A sense of escape and freedom with form runs through the best of the album, with lead singer Bobby Toher breathing “you know I want to break free,” on the dreamlike ‘In Gold’. However, at other times the freedom seems too much and they play it safe, losing touch with what made them shake off their chains in the first place. Indeed, they drift surprisingly close to the well-trodden paths that the likes of Placebo and Muse have furrowed with their relentless pacing.

Perhaps the most significant change since Spirit is the increased prominence of Toher’s vocals as a feature in Apse’s soundscapes. His performances match the music’s shifting moods effortlessly. On Climb Up he’s seductive post-breakup, “I’m sorry it’s over/But please don’t be bitter,” “Undo your hair/let it fall on your sweater”. On opener ‘Blown Doors’ he’s sternly authoritative, as a surging drum salvo clears space for a looped vocal track which informs us “This is… your final… warning”.
The urgent rhythm of ‘Blown Doors’ continues right through ‘3.1’ but ends up dancing into a collision with the glacial drift of ‘All Mine’. ‘Rook’ tries to rejuvenate the speeding energy of the opening tracks, but feels misplaced, almost apologetic for disturbing the unhurried duo of ‘All Mine’ and ‘In Gold’, and the latter track also then fails to satisfy. ‘The Age’ is more exhilarating - wild and free but tinged with fear, like a full moon party during ‘Nam.

The album’s inconsistency simultaneously appeals and frustrates. Instrumental track ‘Tropica’ sounds like nothing before or after it, a slow blur of distortion pinned to a tribal bass line, while ‘The Whip’ calls out for dancing, the beat dropping irresistibly two minutes in. ‘Lie’ is a much more stately affair, a Bond theme placed on a knife sharpener.

‘The Return’ is another uninspired misstep, again perhaps an ill-judged attempt to up the pace. Much better is the sultry title track, although admittedly it doesn’t quite match the sex appeal of Radiohead’s In Rainbows, like a Hollywood approximation of a French art house beauty. ‘Closure’ is the end of our journey out of the cave and perhaps the most easily accessible track they have ever recorded. For a band who can be as unsettling as Apse, they’re also evidently not afraid of a sun-drenched melody.

So that’s where we end up, blinking in the light of newfound freedom. Since forming at the end of the last millennium Apse have released just two albums proper, lost and found a host of talented musicians and developed a William Burroughs-esque ‘cut up’ approach to creating music, rearranging their work to reveal obtuse new geometries. The result is intricately experimental in style and form but while there are some glorious successes, as a whole Climb Up feels blunted. Plato might not agree, but some people just seem to do their best work in the flickering half-light of the shadows.