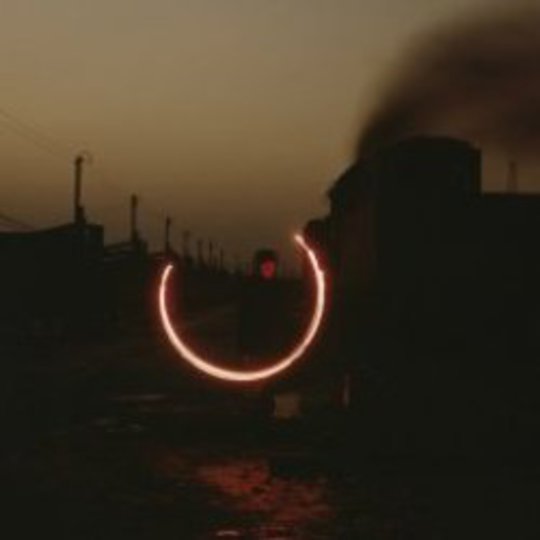 It hasn’t been especially relevant for a decade, but way back when, you might have introduced Jason Molina as a Will Oldham protégé. Over the years he’s made his best work collaborating with established songwriters (Arab Strap, Appendix Out, Ali Roberts and Will Oldham on Amalgamated Sons of Rest), and you could say he has his own protégée in Scout Niblett.

Molina and Johnson (naming their album Molina and Johnson) want you to know (twice) that Will Johnson isn’t a protégé, this just happens to be an equal partnership including a world-class songwriter who’s been taking his pick of great collaborators, for years. Most recently, he’s turned Magnolia Electric Co. into a full-on country band (complete with suits and bolo-ties), the force of the sound coming from tight playing rather than loud guitars. On the other hand, you’d probably have to be a native of Texas, or a hardcore Songs:Ohia / MECo / Molina fan to have checked out Will Johnson before now (…which – you know – I am, and did, back at the beginning of the year, when Molina first mentioned this album). Departing radically from his own upbeat and country-tinged MOR with Centromatic, Will shows himself to be an equally fine, downbeat & minimal, songwriter.

Vocally, Johnson’s got a rich, smoky tone, capable of carrying the most minimal songs, and it’s in both respects he’s not far off Ryan Adams on (alleged 'commercial suicide records') Love Is Hell. Few of the arrangements or tunes are anything like as developed, but the nocturnal ambience, and 'looking at the stars through the open door of a boxcar' mystique is immediately there, as notes are picked out one-by-one, sometimes listlessly, or as an afterthought, falling like the last random, barely rhythmic, drops from the gutter, after the rain. If there’s a second instrument, it might be a wistful singing saw (‘All Gone, All Gone’), and on ‘Now Divide’ (near the end) those wordless ghostly mumblings are accompanied by little more than a rattling on the guitar’s sound-box, fingernails on a coffin-lid. Molina, meanwhile, is in crooner mode; his band’s left him for these few numbers, but he’s playing tonight… just for you… in a bar that’s almost closing.

As you’d hope, the first Molina and Johnson duet – ‘Almost Let You In’ – is one of the best here; it’s also the most elaborate, with its alternating vocals, harmonies, strummed guitar, echoey piano line, and rickety drum machine. The two singers like two different generations of post-war country music (the one, trying to hitch to Nashville to be a big star like Roy Orbison; the other, returning to gritty pre-rock roots, like Springsteen realizing the Depression never really ended on Nebraska). Early on, though, this feels more like Johnson’s album, with slightly incongruous (though never jarring) intrusions from Molina. In fact, after one Johnson number to open, and one Molina number, the third track is actually a duet with a different singer (sounding like one of the Webbers, Ashley or Amber, who’ve been gracing albums by Molina, Oldham, Early Day Miners, and Amber’s own Lightning Dust and Black Mountain for a while now).

‘What You Reckon, What You Breathe’ showcases Johnson at his most soulful, ending with a simple violin part. ‘The Lily and the Brakeman’ is one of the best Molina moments, revisiting images from ‘Whip-Poor-Will’ (trains… rhododendrons… the sky at twilight); therein lies the problem, though. Usually, the cumulative effect of Molina’s re-shuffling the deck of archetypal images, from song to song, lures you into his nightworld. ‘For as long as it will matter’ is perfectly fine, and has a deliciously distorted organ sound, but it’s also yet another song about all the mistakes you ever made. ‘Wooden Heart’, with its line “sorrow came in threes / and what came after me, just kept coming” likewise sounds like a lot of things you’ve heard before, and better on the most recent solo album (Shohola), or an offcut from Let Me Go. All in all, a fine introduction to the compelling Will Johnson, but a peculiar idea, to make a painfully intimate album with two songwriters rather than just one.