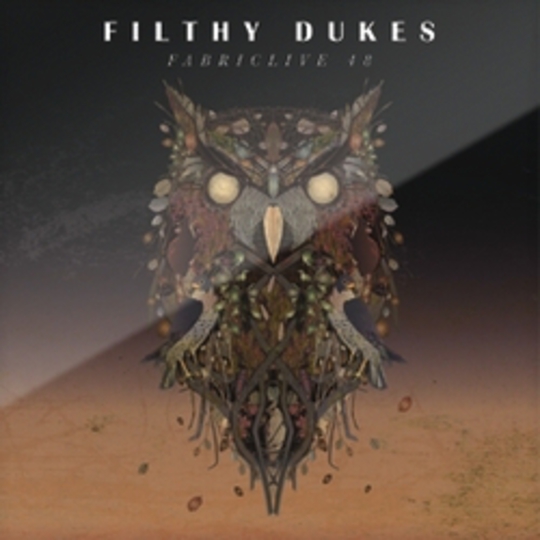 What you want from a dance compilation depends on the kind of clubber you are. I say this with the assumption that the purpose of a dance compilation (unless I'm really missing something) is to reflect an average-to-good night in a club; right? I say average-to-good because although the music will be the same, it's unlikely you'll be listening to this kind of record in a darkened space lit by blinking strobes and lasers, and with a sound system loud enough to wake the nefarious gods of the underworld.

Of course, if you insist on regularly getting into that kind of head space in order to get the most out of your dance compilation, you're likely to do one or all of the following. Lose your job because "you're so vague and you never, like, blink." 360 your car. Grind down your own teeth until you're left with a grated Parmesan cheese-like substance. Take Viagra just so you can force out a small wee. And we don't want that.

I digress. The thing with _Fabriclive48_ specifically is, it can't decide if it wants to crossover into indie-friendly territory – as the likes of Filthy Dukes (in their normal guise) and Fuck Buttons do – or whether it's an outright club or house record (club as in club, house as in music, you understand). Regular clubbers will love the midsection, which seamlessly conjoins the summer's best techno and tech-house tracks and builds an authentic Friday night, 2am momentum. But conversely, they may find the inclusion of Phenomenal Hand Clap Band, Hockey and Jack Peñate a little too Fatboy Slim at Brighton Beach for comfort. Filthy Dukes fans that prefer the immediacy of three minute-pop-tracks-with-a-hook will presumably think the opposite way. In other words, Fabric and Filthy Dukes have tried very hard to make a catch-all record.

Kill Em All regulars will no doubt inform us that this is the way the night plays out. Fine. But it leaves this compilation a little confused, and confusing for the listener. In effect, this is a 2CD mix crammed into one. And it's a bit of a shame. Or maybe I'm playing the role of archetypal pernickety Mr Music Critic. Yep, probably am. Aside from this pretty minor gripe – which is down to the strange track order more than anything else – there are some blistering reminders here that clubbing, and house music in general, is experiencing something of a mini resurgence.

Being a sadly-too-old-for-it-now-so-I'm-left-to-just-sigh-and-reminisce ex-clubber, it's the conventional house aspects of the mix that appeal the most. Although the album starts with the pounding 4/4 beats and synthy slap-claps of 'This Rhythm', it's the disco-house of Sparks' 'Beat The Clock' that finally brings club to bedroom. "Ya gotta beat the clock / ya gotta beat the clock" - how the head helplessly bobs. From this point on, it's almost exclusively house, aside from an uncomfortable segue into Daft Punk and then Jack Peñate – who, due to unfortunate pitch-adjustment, sounds even more like a chipmunk or like his balls are being processed by a rusty meat grinder. The best tracks are mainly found mid-album.

The insect-like Noob remix of Popof's 'Serenity' has to up there for most world's most inappropriately-titled track; after than initial highlight, there's a bit of acid house courtesy of Audio Soul Project and then a run of more gimmicky tracks, including Mujava's loopy 'Township Funk'; the Carl Cox favourite 'Control' by Dataworx; and the even loopier monkey-stomp of 'Peanuts Club'. Aphex Twin's timeless 'Windowlicker' (ten years old for Pete's sake!) puts an end to the deeper techno before the Proxy remix of Tiga's 'What You Need' sucks out the contents of your skull via your ear canals with a great big hoover. It's left for album highpoint and more progressive house-sounding 'Sequencer' by Lifelike to salvage a pretty uninspiring, anticlimactic end.

Despite this weak denouement, Fabric and Filthy Dukes have made a pretty brave attempt at bringing an eclectic club night to the bedroom of the common man. Proof, if proof were needed, that dance music is in pretty rude health.