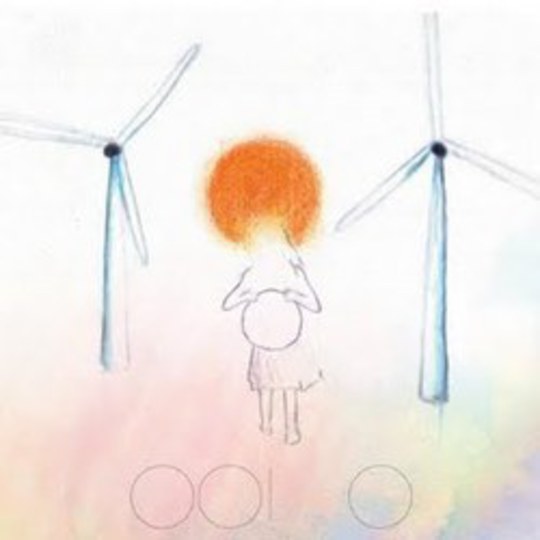 For those of you who haven’t been swept through OOIOO’s previous free-fall experiments, the band is a Boredoms offspring, all-female wonder. Yoshimi P-We, member of the noise extravagants and drummer for UFO and Die formed OOIOO in 1995, skipping rhythms as multi-layered as those of her parent bands. The quintet’s interactions of voice, guitar, bass and drums defy the conventional ordering of such elements, exploring – across various line-ups - sterling to soft, excessive to esoteric, noise.

Whilst OOIOO’s lighter feet still barely touch Boredom’s bass-heavy ground, on Armonico Hewa – their sixth album, and first release in three years – ripples of guitar make stronger, rockier quakes. The album begins with the crash of all the notes they’ve played before, then tumbles into a tribal territory where only rhythm may rule. The drumming of Ai, recruited for 2006's Taiga, is somehow both iron-willed and malleable: upon seeing her play live, her flexible limbs made me want to break my sticks and my arms, and stop playing drums for good. If you like your psychedelia unstoppable and hurtling, though, these women are inspirational.

A spiky assault announces opener, ‘Sol’, kronky and off-key like Erase Errata. ‘Uda Hah’ thrashes a post-punk chant, not unlike something from the beginning of The Slit’s Cut, or Brazilian post-punk outfit As Mercenárias’ back catalogue: three-note repetitions of on-to-off key guitar spiral and spiral until a neatly zipped-up close. On ‘Irorun’, call and response "ooos", "iis", and "ee-yows" yelp across a jungle backdrop, imitating a wilderness thick with rhythm and pounce. Yoshimi’s voice sails through ‘Ulda’, over temporarily calm tom-toms. And it is now, just as you're starting to believe that Armonico Hewa lacks the memory-sticking, sky-scraping harmonies of Kila Kila Kila’s ‘On Mani’, or that it doesn't quite pack the punch of Taiga, that its tempo ascends - springs mile-high and stays there - for the album’s second-half.

Rainbow riffs arch and fall in colourful splodges on ‘Polacca’, whilst ‘Kipepeo’ sings three-part harmonies that are knotted together in progressive shapes. ‘O O I A H’ storms a space-age skronk; ‘Nin Na Yama’ spans still weirder outer-universe sounds. There's a catchiness to the abstraction, with everything wrapped in a delicate kind of distortion, like hearing through a kaleidoscope’s lens. Song elements overlap and dance together, the cymbals seem to have split four ways, the guitar plays five-times expected speed and the drums bang and bang on until suddenly there is exuberance, exuberance everywhere.

An elevation towards natural highs has long powered the momentum of OOIOO's sounds. Frequently engaging, via music, with nature, Taiga, denotes 'big river' in Japanese, and 'forest', in Russian. Armonico Hewa's signifiers are, however, more opaque - I asked a Japanese friend to give me a clue as to the track titles' meanings, and she came back with disconnected words like 'guts' and 'mountain', but resigned to the fact that, "They probably just made up 'Ponki' to rhyme with 'Honki'," (in Japanese, this means serious). Linguistic detective work aside, engage with natural scenery through scattered sound, this album does. And wonder away, through rhythms a-splay, you will.