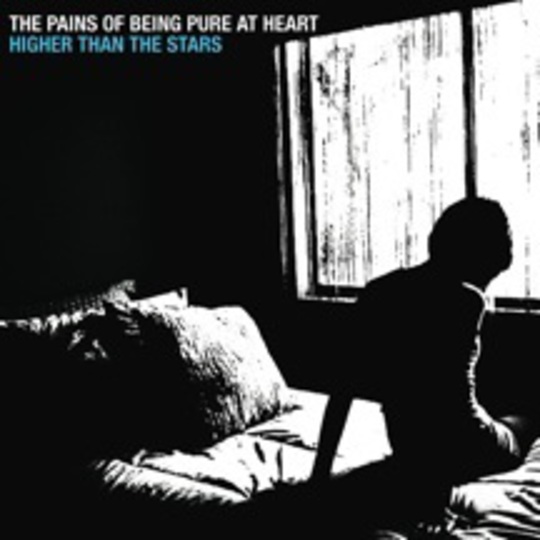 Twelve months ago The Pains Of Being Pure At Heart were something of an underground secret. To say this past year has been a triumphant one for the Brooklyn foursome would be little short of an understatement. If anything, their rise to genuine mainstream contenders feels like a signature of auspicious patronage to a scene derided by many as being deliberately obscure or elitist; yet one listen to anything The Pains Of Being Pure At Heart would suggest anything other than a holier than thou sense of bravado.

While most of their contemporaries rest on their laurels seeing out contractual obligations whilst issuing that umpteenth single off their year old album, The Pains Of Being Pure At Heart break the mould once more by not only putting together an EP of previously unreleased material, but also in raising the quality bar that slight notch higher. Far from being leftovers from their eponymous album sessions, 'Higher Than The Stars' and its three brand new accomplices represent a steady development that doesn't rely on the distortion infused likes of early releases The Pains Of Being Pure At Heart EP and 'Come Saturday', but actually adds a glistening sheen and polish fit for radio or any other medium of mass consumption.

The title track itself may initially draw comparisons to The Cure due to a floating keyboard intro that isn't a million miles away from Robert Smith and co.'s 'Just Like Heaven', but flick through the back pages of indie pop's historical archive and the golden days of Sarah Records will highlight The Field Mice and The Orchids as being The Pains Of Being Pure At Heart's kindred spirits here. Kip Berman's vocal even shares the same semi-apologetic twang as Bob Wratten at his most rueful while the delectable 'Falling Over' hails from the same bedsit abode as The Orchids' 'Underneath The Window, Underneath The Sink'. What's more, both these songs have a distinctively poppier feel about them than anything off The Pains Of Being Pure At Heart.

'Twins' and '103' are the most similar in style to what's gone before in TPOBPAH land, the former's wistful mid-paced mooch centering on Berman and keyboard player Peggy Wong's gorgeous harmonies, while the latter flies by amidst a halo of fuzz and melodrama like a bedfellow of 'Come Saturday' or long lost b-side 'Orchard Of My Eye'. More interesting though is the Saint Etienne remix of the title track, its interpretation once again recalling The Field Mice and their electro-tinged classic 'Missing The Moon' through its shimmying haze and dissonant vocal.

Higher Than The Stars is a fitting way to end 2009 for one of the most exciting bands to emerge this year, and more importantly, hints that The Pains Of Being Pure At Heart may be capable of even greater things in 2010.