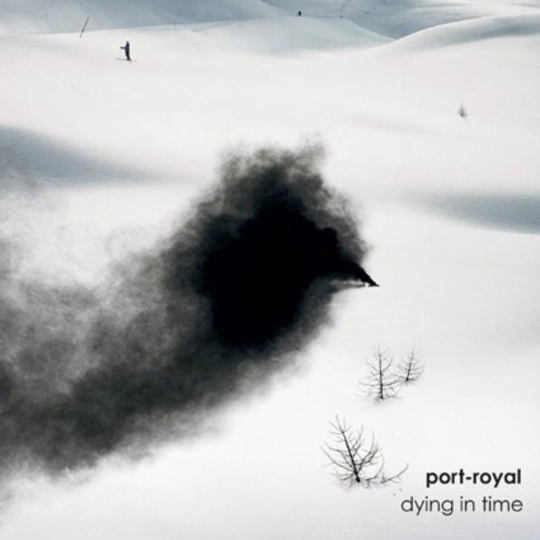 As leading lights on the ambient electronica circuit for the past seven years, Genoa's Port-Royal should need no introduction to anyone familiar with the genre. To the rest of us mere mortals however, they're a largely unknown quantity, and despite possessing a hearty back catalogue - not to mention a smattering of revered endorsements (they've recently put together remixes for Ladytron and Felix The Housecat among others) - the name Port-Royal is more likely to be associated with earthquakes and tourism than making music.

Dying In Time is their third full-length album, and in the two years that have passed since its more beat-orientated predecessor Afraid To Dance, the foursome have spent the ensuing time building up a collection of sound collages that draw influence from an array of styles and genres. They've also rallied in several guests along the way, the delectable tones of Natalia Fiedorczuk contributing wistfully to mesmerising opener 'Hva (Failed Revolutions)' while Linda Bjalla's hummingbird accompaniment on 'Exhausted Muse/Europe' straddles the same paradigms as Dot Allison's memorable vocal on Death In Vegas staple 'Dirge'.

For the most part though, Dying In Time is a difficult, inaccessible record to digest, purely down to the length of its combined and individual parts. While there's no mistaking the ambitious nature of such dreamy compositions - and Dying In Time can never be accused of lacking substance for sure - at times there is a feeling that Port-Royal have maybe over elaborated their wares somewhat where less may in fact have counted for more. Take the meandering 'Susy: Blue East Fading' for example, which sounds like a casual duel between Moroder and Eno with Ulrich Schnauss providing back-up. While its veering states of tranquility make fairly pleasant listening, at nearly nine minutes long it more than outstays its welcome. Likewise the 'Hermitage' trilogy that props up the album's rear, although its final guitar-driven excerpt at least provides a welcome diversion for pastures new.

When Port-Royal do get it right though, such as on the euphoric 'Balding Generation (Losing Hair As We Lose Hope)' or haunting serenade of 'Anna Ustinova', they give established bed fellows M83 and Boards Of Canada a serious run for their money. Interestingly, the band themselves admit they're just as content to be labelled post-rock or shoegaze as they are saddled in with the chill-out trance crowd, and at times the 4/4 rhythms and playful loops suggest their roots obviously lie in the basic schooling of artists like Godspeed! You Black Emperor and Mogwai.

Overall though, Dying In Time for all its cleverly measured textures and panoramic overtures is just slightly too grandiose and overdone for its own good, and as a result Port-Royal's exorbitant rock becomes a hard place to want to revisit.