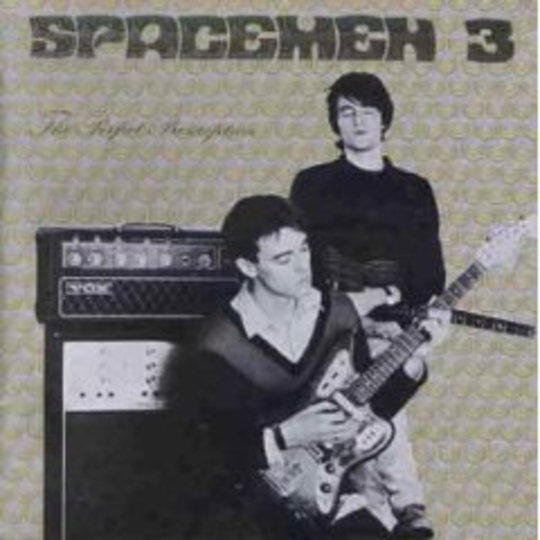 After 20 years, it's hard to think of Spiritualized as anything other than a fully formed entity. Yet before they were even a glimmer in Jason Pierce's eye, there was Spacemen 3, his earlier band. Unlike Spiritualized, there were two captains on the ship, with Peter Kember (aka Sonic Boom) sharing the limelight, the keyboards and guitars. Given Pierce's addiction saga, their motto of 'Taking drugs to make music to take drugs to' seems a little naive now, but helps to pinpoint their sound to the uninitiated. The psychedelic shadow of Roky Eriksson looms over their upbeat numbers, and their later efforts to widen their sound led them on to rich, deep drone experiments that foreshadowed shoegazing by a couple of years.

The legacy of the band hasn't been easy to get away from for its main men. Pierce kept the Spaceman moniker, and reworked their songs and Christian themes in his later work. Kember gradually released the demos and odds and sods collections, keeping his inventive side sharp with Spectrum and E.A.R. Indeed, this is the sixth issue so far of The Perfect Prescription. That's not counting the double disc set of alternate versions, Forged Prescriptions, (a further unsubtle nod to the lifestyle choice the band was into at the time), or the two issues of Translucent Flashbacks, the singles collection from this era with a remarkably similar track listing. So even on this sixth attempt, there is still no definitive edition of this album, and with all of the different versions floating about, it’s arguable whether there ever could be.

That isn't to say this version doesn't deserve the attention of the newcomer though. The opening clang and clatter of 'Take Me To The Other Side' is sensational, Pete Bassman's rhythmic bass work subtle and deft, underpinning a driving riff and another plea for enlightenment from Pierce, Kember's keys providing a shimmering wall of noise. 'Walking With Jesus' is the template for Spiritualized, here in an almost bare bones incarnation without gospel choirs or string arrangements. Of the myriad takes of this song released in the 22 years since this version, none have sounded more organic or real. There may have been better live versions since, but this feels like the studio benchmark, a perfect take.

Kember takes the lead with 'Ode to Street Hassle', and sings, or rather talks, in a faux American accent that might turn off the casual listener. That minor irk aside, there's no getting away from the quietly disturbed genius of a song about telepathically hearing the thoughts of Jesus as a metaphor for being high on smack. Which is the substance that almost all of the songs on the album seem to be about, in one way or another.

Surprisingly, despite the internal wrangles and dependency issues that later swallowed them whole, the Spacemen 3 delivered a well balanced album that really has managed to endure the test of time. Whether this re-issue is necessary is almost a moot point, as the album can’t be regarded as anything other than a bona fide classic. If you don’t have a copy, this version is at least a match for the others. Consider picking up.