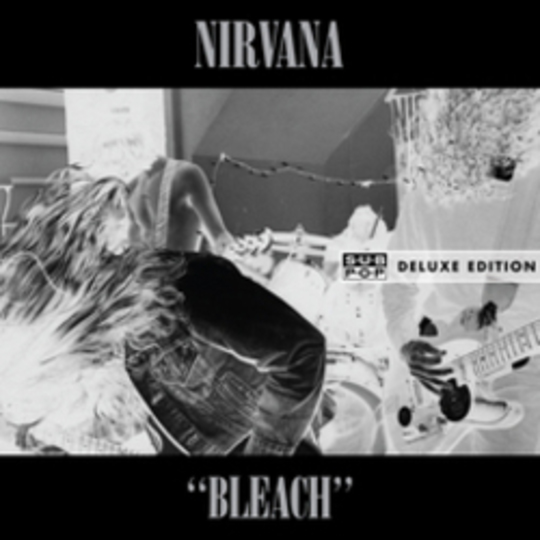 Hindsight reveals a certain irony to the fact that, as a debut album, 1989’s Bleach effectively shared some common traits with Pearl Jam’s perpetually misappropriated Ten. Not on the surface, of course - musically, they could scarcely be more different - but both records are ultimately frustrated by a certain naivety: where Ten’s self-consciously anthemic stadium karaoke acts as a glorified placeholder for a band not yet having worked out precisely what it is they want to achieve, Bleach’s strangulated snarl is the sound of Kurt Cobain having a pretty clear idea as to his long-term aspirations, but as yet lacking the full toolkit for putting it all together.

That said, Nirvana’s inaugural effort never really felt like the paradigm of back catalogue sore thumbs that Ten would eventually prove to be. The queues snaking back towards Bleach on the strength of Nevermind and In Utero would encounter the odd balmy waft of familiarity in tracks like ‘School’ - its excoriating one-finger riff housing the core DNA that would shortly evolve into career classics like ‘Breed’ - and the incongruously winsome, quasi-freakbeat jangle of ‘About A Girl’, later resurrected to some extent (albeit in heavily soiled form) on ‘Rape Me’.

The sections of Bleach that do sit somewhat uncomfortably within the wider Nirvana canon, though, concern two songwriting styles that Cobain thereafter more or less jettisoned for good. Gristly, artificially elongated Frankenstein’s monster jams (later to provide much of the second half bulk on compilation oddity Incesticide) represent one extreme, and while neither ‘Paper Cuts’ nor ‘Sifting’ are as stodgily impenetrable as Incesticide’s ‘Aero Zeppelin’ or ‘Big Long Now’, both sink like steel-toed boots amongst Bleach’s lighter, more colourful flotsam and jetsam.

By way of counter-example, ‘Swap Meet’ and ‘Scoff’ are both infinitely more prismatic, shot through with that trickily tongue-in-cheek Cobain wryness that was arguably one of his most overlooked virtues as a songwriter. However, these tracks begin the drift toward Bleach’s other polar extreme: the worryingly lightweight two-chord shrug of ‘Floyd The Barber’, or the, er, worryingly lightweight two-chord shrug of ‘Big Cheese’. Far more than the aforementioned knuckle-dragging plodders, it’s actually this smattering of half-formed afterthoughts that make Bleach a faintly irritating album to wade through in one sitting.

Inevitably, the record only really hits its stride on the middle ground - those places where ‘Blew’s implausibly down-tuned snarl meets ‘School’ and its drooling half-brother ‘Negative Creep’, all three tormented by the effortlessly cocksure ‘Love Buzz’. In fact the presence of the latter cover, brilliant though it is, somehow vies with Jack Endino’s production for the dubious honour of doing the remainder of Bleach the fewest favours: quite why Endino felt the need to push Chad Channing’s oddly anaemic drumming quite so high in the mix isn’t immediately clear, and it doesn’t seem as though the levels have been tweaked significantly (if at all) for this anniversary re-release.

What we do get as a bonus, though, is an Endino-remixed Live At Pine Street Theatre bolt-on. Recorded on Feb 9, 1990 in Portland, it showcases six Bleach standards (only Negative Creep is conspicuous by its absence) alongside ‘Dive’, ‘Spank Thru’, ‘Molly’s Lips’, ‘Sappy’ and ‘Been A Son’. Of these, ‘Dive’ is already the fully-formed monster - indeed, oft-overlooked career highlight - it emerged as on Incesticide, while ‘Been A Son’ and ‘Molly’s Lips’ chug along with all the buoyant disposability that marks them out as welcome light relief on the same album. Crucially, it’s a deftly-recorded live set that achieves remarkable clarity without sacrificing one iota of wallop. It doesn’t boast nearly as rich a setlist as the new Live At Reading behemoth, though, so the jury remains out on whether it fully justifies picking up a second copy of Bleach.

Ironically, this package was always going to be one for the completists, but those who’ll actually get the most from Bleach are still the Nevermind fans left feeling alienated by the gnarled triumph that was In Utero. Cobain’s debut offering is perhaps best viewed as the author showing his working: listened to now, it’s clearly awash with caustic, malformed clues as to how Nirvana made that final giant leap from mainstream success to their swansong - and easily their greatest - studio recording ever.