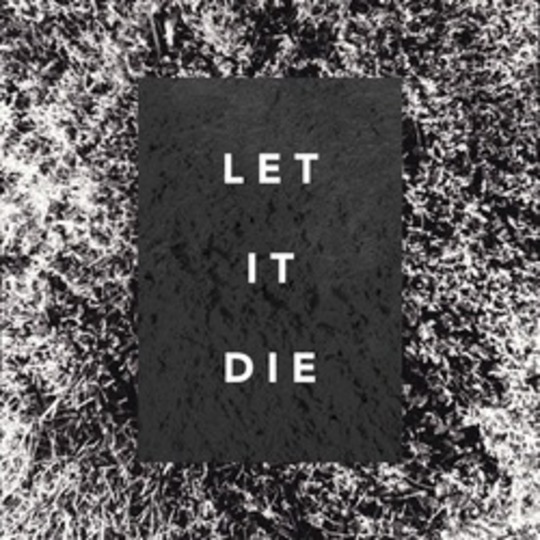 By dividing the track list of their latest album in two, Shaky Hands are doing much more than adhering to fashion and borrowing from a time when records literally had two sides. Whether consciously or unconsciously, this aesthetic choice is indicative of the unrivalled disparity that Let It Die shows, in terms of style, content and, crucially, quality. Here, Shaky Hands are caught in a far from uncommon conflict; a struggle to make an album that reflects who they are as a band in 2009, while still paying homage to their influences. The result is an album of two halves, in every sense. For the first six tracks, Let It Die really is unrivalled in its failure to ignite. The gravelly vocals and crunchy blues-rock guitars clatter with familiarity on the opening title-track. ‘Never Fine’, with its shimmering acoustics, implies an attempt to avoid creative homogeneity, but with amateurish chord patterns and a lack of dynamic variety, it fails to garner interest, and is as forgettable as the remainder of this opening discourse.

It all sways but never swaggers, full of repetitive licks, classic rock solos, clunky piano and under-complicated drumming. In terms of performance, the band show a real disinterest in the songs, culminating in ‘Caught In The Storm’, where the guitars sound as though they are being only half-played. Never do they show the imagination of the modern rock ‘n’ roll innovators: if only The Shaky Hands had the ferocity of Jack White’s guitar-weilding, or even the bounce and charisma of The Eagles Of Death Metal. Based on the first six tracks, Let It Die could, at best, be dismissed as Rolling Stones-lite.

That is until ‘Don’t Fail Me Now’ clicks into place. The folky rhythm and atmospheric swirls give it a parochial warmth, at last giving The Shaky Hands room to breathe. The vocals, which on the more upbeat previous tracks sounded indifferent, are here found to have been shielding an inner torment that can finally be emancipated. This remorse is soon given further accentuation. ‘Already Gone’ is propelled by a vaudevillian piano that Scissor Sisters would be proud of, providing a captivating juxtaposition that sounds refreshingly ironic rather than out of place.

By ‘Allison And The Ancients’, Shaky Hands are back to repetitive blues-rock. But finally, they manage to build on their simple ideas to escape the throes of formula, with cohesive drums and intelligent guitars. Let It Die’s closer, ‘Leave It All’, is unique in its structural richness. It showcases a band who, by the end of their album, are no longer afraid to let themselves be understated, giving them more space to manoeuvre. As it builds, harmonious chants of “Hare Krishna” drift in, and The Shaky Hands seem to speak for themselves.

It is undoubtedly a shame that they do not show this side of themselves until the record’s closing bars. In this renewed context, Let It Die appears to be a microcosm of a band struggling to break free from the shackles of convention, passed down to them from their prevailing influences. Eventually though, Shaky Hands do escape, and make music that captures less of their musical forefathers, and more of themselves.