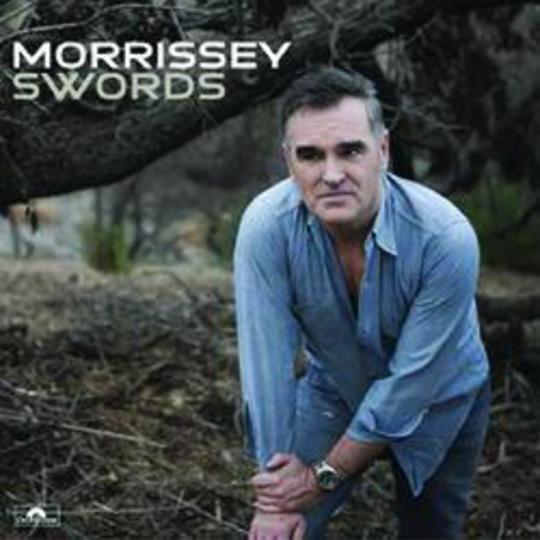 Collections of B-sides often allow musicians to expand a little on their palette. However, as anyone familiar with Morrissey’s backing band would concede – that’s not always a good thing. From his first solo outing 20 years ago, Viva Hate, on which Stephen Street’s production castrated the intricate possibilities of Vini Reilly’s guitar, Morrissey’s backing post-Marr et al has fallen not far short of muzak. On this release of second sides from his extremely prolific 2004 to 2009, the noughties-comeback sounds prevail: that inhibited and convictionless pop-metal, vapid strings, woeful sub-Elton hotel-lobby piano. The wobbleboard-in-quicksand guitar made famous on ‘How Soon Is Now’, turned into motif by Morrissey solo, reappears on ‘Ganglord’ and ‘Shame’ with its new and cheap digitally-distorted edge. Goodness knows what Morrissey hears when listening back at the studio; perhaps he doesn’t listen to the music, just nods with gratified assent at his own vocal performances while nonchalantly whipping the bassist on the arse with a bunch of flowers. But as we know the karaoke backing has never been the point, it’s all about the expressive function of the man they call Saint Moz.

Post-comeback, Morrissey’s advancing years are always going to be a question. The collection is littered with quaint archaisms. We get a Jensen Interceptor, video-films, Twiggy, the sound of a film camera winding. His aristocratic conception of Queer is certainly of-its-time if not prior, owing more to Quentin Crisp than it does to Aiden Gillen, bound up in a disappeared culture of Picadilly Palare, cottaging, repressed suburbanites and longing commutes. On the dull ‘Munich Air Disaster 1958’ he pays sentimental tribute to the football deaths that precipitated collective grief half a century ago, and on ‘Drive-In Saturday’ he directs a black and white soap opera of a gender-rigid courtship of generations past. But rather than make him appear dated, Morrissey’s nostalgic impulses posit him as something of a repository of social history, still taking his incurably romantic job of kitchen sink documentarian seriously. While he claims on ‘My Dearest Love’ that he has been “waiting a hundred years for something to shape me” it often seems that at least a century has done just that.

Befitting the years of the man, there is also a subtle shift from co-conspirator to father figure. On ‘Don’t Make Fun of Daddy’s Voice’ Morrissey contrives of himself as the performing, alluring alternative patriarch to the grey man called father, who is only there because “when you’re young you crave affection” and in a characteristic switcheroo of queerness he has it “come from the strangest direction”. Wrongful parenthood is also touched upon in ‘Children in Pieces’ where he decries the evils of ‘nuns called mothers’, Morrissey stands outside the text as implicit protector.

His fading sexual allure is frankly dealt with on ‘If You Don’t Like Me Then Don’t Look at Me’, in which he articulates a practical response to unrequited desire, but unlike the sex-obsessed Jarvis Cocker, the celibate pope of mope leaves it at that. With Morrissey social class and sexuality are inextricably bound. The Morrissey ascendant over women on high rise estates, whose master-slave eroticisation of class distinction and education gaps leads him to places dark like a De Sade reworking of Pygmalion appears here on 'Christian Dior', a wryly comic offering in which he suggests the designer’s life could have been better spent “kissing mad street boys from Napoli who couldn’t even spell their own name”. Here he also take the opportunity to denigrate fashion as a lifestyle, and in doing so distances himself not just from style based on consumption, on “aroma and clothes”, but from aestheticism for aestheticism’s sake, something he and his beloved Oscar Wilde both are repeatedly and unfairly accused of. In lieu of a life of empty style he reasserts the beauty of a life lived “running wild on the backstreets of Lyon or Marseilles, reckless and legless and stoned”.

A related misconception of Morrissey is to cast him as an effete aristocrat. He has always identified as working class; the son of a porter and librarian from a Mancunian terrace that sang “they live where you wouldn’t drive / but you write as if you all live side by side” is not a man of the establishment. Class solidarity has led Morrissey into politically treacherous ground in the past. His articulations of the disenfranchised white working class experience enabled him to find a sympathetic link between his Edenic lost England of Your Arsenal and the young fascist protagonist of ‘National Front Disco’. ‘Bengali in Platforms’ gave us the glimpse of belonging as relational and doomed, the necessity of outsiders and Others. Combined with his oft-pulled conflation of the voice of the persecutor and the persecuted, he gave us a sense of an awful fallen continuity, where abuse begets abuse as much as it inspires witty and brave repudiations.

‘Bengali…’ was also racially fraught. Not just for mournfully telling the putative Bengali to “shelve your western plans”, or the toe-curlingly hideous mimicking of the Asian accent, but for characterising them as like something from Goodness Gracious Me – sweet and simple, who wants “only to be your friend forever”. This racial typing has echoes on Swords, albeit far less pronounced, on ‘It’s Hard to Walk Tall When You’re Small’ which drags up stereotypes of the Latin male as a cause of public disorder, slyly “attacking from the back because i'ts easy”, murderous “he can kill standing still”. It’s honestly done, from a man who can only speak as he finds; these people are at the periphery of Morrissey’s understanding, for him they “can scare with a stare”. Culturally-insular Morrissey is unwittingly playing age-old Orientalising games, like a granddad we can accuse him of lacking imagination at a crucial point.

Certainly on this album class is more straightforward, ‘Teenage Dad on his Estate’ sees Morrissey Middle England-baiting, eviscerating the Daily Mail reading classes for their mundane morality, their paucity of spirit, revulsion and ressentiment, the crowning sticker in the craw coming with the outrageous lines “despising the grin on the face of the boy with his methadone / he’s happy so leave him alone.”

And indeed there are many other unproblematic Morrisseys in this collection. The Morrissey of dramatic escape, with whom we always wished to find a place where it’s quiet and dry, has us boys and girls running through glens on ‘If You Don’t Like Me Don’t Look at Me’, and on ‘My Dearest Love’ shows us a wallflowered courtyard in which the lonely whisper to one another of love. On ‘I Knew I Was Next’ a Christ-like boy fatalistically takes the beating from bullies – reminding us of his Christian inheritance in his romanticising of suffering and his belief in its sweetly redemptive possibility.

‘15 Friday Mourning’ might be a tedious song, but the humaneness of his identification with the boy labelled loser reminds us of the champion of the margins. St Moz Patron Saint of the institutionally bullied, who shits on Mr Shankly’s poetry and threatens to creep into judges dreams like bad debt, chillingly invokes “Irish industrial schools / nuns called mothers / and the Christian brothers / kick the shit out of very frightened children” recalling those “belligerent ghouls run Manchester schools”. The humorist is here as well, enjoining us not to “make fun of daddy’s voice / because he can’t help it / when he was a teenage boy / something got stuck in his throat”. And while there is a smattering of dreck amongst the 18 tracks, there are also just about enough tunes to remind us that the songwriter is still alive and well.

Morrissey has thickened a little with age, coarsened perhaps. Gone are those limpid backwaters of poetic feeling, channelled straight from a young man’s lucid depressions, along with the freedom of youth, the hand in glove outrageous pretence of it all. He’s now more of a crooner, a witty workman. But looking always backwards would be churlish; to compare the best of his days with the worst of his days would be to ignore a songwriter with gigantic gifts and erase one of the great lyricists from an indie landscape that could do with a bit of greatness in that department. Who would want to live like that; with our standards so high and our spirits so low? As he sings on ‘If You Don’t Like Me…’, “If you don’t want me / you don’t have to have me”. Well we do have him, and for all his unpleasant faults we really ought to want to.