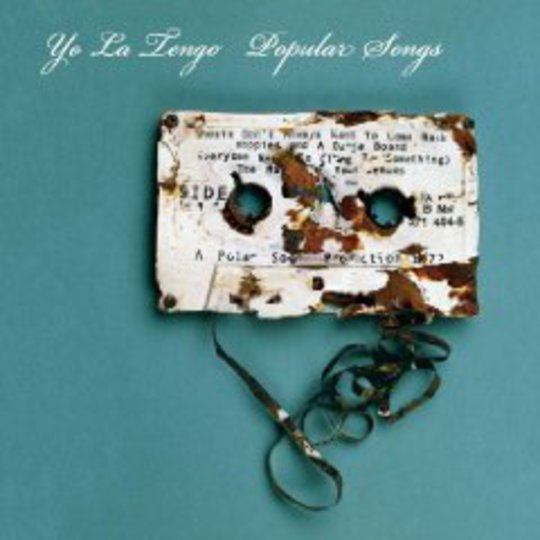 Time flies when you’re having fun, or so it it is said. And Yo La Tengo would certainly appear to be having fun at the moment. It feels like hardly any time since their last album, I Am Not Afraid Of You And I Will Beat Your Ass, was released; perhaps testament to the amount of great music released in the last few years, but it’s good to have them back. Taking a cue from the title, that record was a glorious, swaggering continuation of the fine form that has seen them craft a string of essential albums since 1998’s creative high-water mark, I Can Feel The Heart Beating As One.

Consistency over a 25 year career must be a bit of a bitch. A little like Sonic Youth, Ira, Georgia and James occupy that enviable position of having a back catalogue so extensive it’s intimidating to newcomers, and each entry contains enough of interest to ensure that wherever a new listener starts they’re likely to find something to love. At the same time, this poses a problem when writing a new record – how do you go about creating an album that stands out from your already impressive array of music? The answer, in this case, has been to cast off the albatross, ramp up the humour, and simply ignore anything as base as a ‘legacy’. This year they’ve already recorded a fuzzed out rawwk album under the pseudonym Condo Fucks, and now it’s time for the latest output from the day job.

Popular Songs, in traditional Yo La Tengo style, takes perverse delight in confusing the listener, shifting between genres as swiftly as they change instruments. Luckily, that’s always been the key to YLT'd appeal. For immediacy’s sake, it helps that they don’t kick off with a ten-minute Ira Kaplan feedback frazzle, but what we get instead more than suffices. ‘Here To Fall’ is a sucker punch of an opener, Kaplan’s voice almost amusingly delicate as it surfs on churning bursts of bass. Over the course of the next 11 tracks they touch on late-period Beatles – the thrust of ‘Periodically Double And Triple’ has more than a little Abbey Road in its DNA – subdued folksy strums (‘All Your Secrets’), chugging rock ‘n’ roll (‘Nothing To Hide’) and typical pyrotechnic fretplay on the final two songs.

Evasive of pigeonholes they may be, but Popular Songs succeeds as Yo La Tengo’s most coherent listen since the calming thoughtscapes of 2001’s And Then Nothing Turned Itself Inside Out. Every song here shares a sense of poignancy - presumably something that comes when a band takes stock of where a quarter of a century’s worth of career has taken them. Two standouts in particular seem to epitomise this consolidation. ‘Avalon Or Someone Very Similar’ feels like a summation of every song they’ve ever written, drifting in on shoegaze-inspired guitars and a sumptuous vocal harmony. It’s tantalisingly short, a trait it shares with album highlight ‘If It’s True’, a wistful slice of Sixties pop punctuated by Ira and Georgia’s cheeky traded lines. Both songs are among the finest they’ve ever written, capturing effortlessly the delicious tension between past and future that has always fuelled their music.

Popular Songs is as essential as anything Yo La Tengo have ever released, and perhaps even more so – an album that looks back at where they’ve been, smiles, and stares resolutely forward to what will come next. It also makes a pretty solid starting point for anyone who hasn’t yet been seduced by their considerable charms.