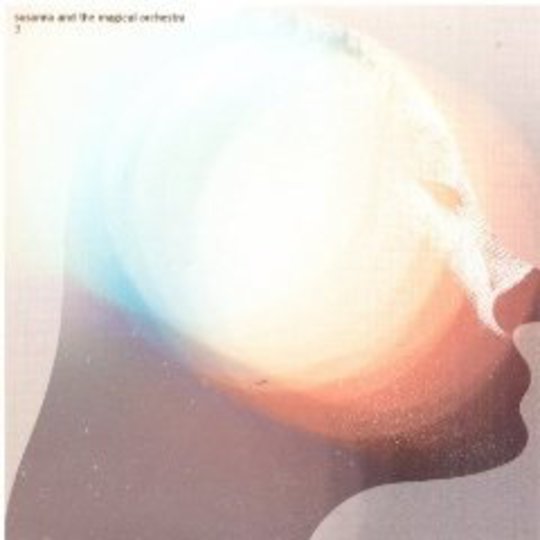 “What fresh hell is this?” Dorothy Parker would declare when someone was unwise enough to interrupt her day with something as trivial as a telephone call. Susanna Wallumrød and Morten Qvenild - the only full-time member of the Magical Orchestra - are fans of Parker’s, having set her poetry to music on ‘Distance Blues and Theory’, off their debut List of Lights and Buoys back in 2004. They have barely deigned to trouble us with anything since, trivial or otherwise, releasing only Melody Mountain, a collection of covers, in 2006.

It is clear that the intervening period has not been primarily spent mulling over the naming of their third collaboration. There is no Parker this time, but there is a beguiling if inconsistent selection of original material, informed by Susanna’s two solo records, as well as a pair of the now almost obligatory covers. List of Lights and Buoys saw them strip back ‘Jolene’ while ‘Melody Mountain’ garnered widespread acclaim for their glacial reimaginings of the likes of ‘Love Will Tear Us Apart’ and ‘Don't Think Twice, It's Alright’. Here they turn their attention to Roy Harper’s ‘Another Day’ and Rush’s ‘Subdivisions’ with somewhat mixed results. The gem of the two, indeed the zenith of the whole album, is ‘Another Day’. Susanna comes over like Nico wanting “to score”, but the story the words can only sketch is really told by the ache in her voice. Peter Gabriel and Kate Bush once dueted on a version of this, and the influence of both seems somehow equally present here.

‘Subdivisions’ is less successful. Melody Mountain’s gorgeous versions of Kiss’s ‘Crazy Crazy Nights’ and AC/DC’s ‘It’s a Long Way To The Top’ showed that Susanna and Morten have a real eye for salvaging pearls which had been otherwise thrown to the swine of pomp rock but ‘Subdivisions’ just doesn’t click. It feels instantly dated, but sadly not in a cool, retro way, instead just tired and jaded, a party trick repeated once too often.

As for their own material, the pair contribute four songs each. It is a pair of Susanna songs which opens the album and initially draw you in. Opening track ‘Recall’ is an unsettling meditation on memory and loss, and as she sings “Do you remember? Do you recall?” she could be visiting Eternal Sunshine...'s Lacuna, Inc., watching her memories vanish around her. Her imploring “Where did we go wrong?” is lifted from cliché into a heartfelt examination as Erland Dahlen’s drums fill the sparse atmosphere. She follows this with ‘Guiding Star’, a Björk-tinged float through space-age electronica which brings to mind Lamb’s self-titled debut.

‘Game’ is the first of the Qvenild-penned tracks, and the aura of blissful contentment is augmented by Andreas Mjøs’s haunting vibraphone. ‘Palpatine´s Dream’ is another of his songs and the lead single, but in comparison with what has gone before it seems terribly overwrought. Susanna’s voice is always the focus, but on this track it misses its shades of guile and subtlety, instead using sledgehammer force where a delicate hand would have done. But then perhaps I’m being unfair - I confess the Star Wars reference was making me cringe from the outset.

It can’t just be that, however, as the album continues to tease with promise and then disappoint with missteps, and neither songwriter is blameless. Susanna’s husband Helge Sten contributes a shimmering guitar to Qvenild’s delicate ‘Deer Eyed Lady’, but then they stumble awkwardly on the recalcitrant ‘Lost’. They are at their best, however, when the music is at its least ostentatious, such as on closing pair ‘Come On’ and ‘Someday’, with its plaintive coda “Someday, I hope we will smile again.”

Susanna and the Magical Orchestra may have thus far received most attention for their reconstructive cover versions - which have drawn the predictable comparisons with both Nouvelle Vague and Cat Power - but there is something in these songs which suggests their true talent may yet turn out to lie in their own material, particularly when they delicately ornament their sparse arrangements with well-placed suggestions of electronica. What they haven’t found, at least not yet, is a story-telling voice for themselves as enthralling as the likes of Chan Marshall’s, but this album is far from deserving of a Dorothy Parker-esque putdown. It's a record of grace and beauty, and theirs is a musical pool well worth submerging yourself in.