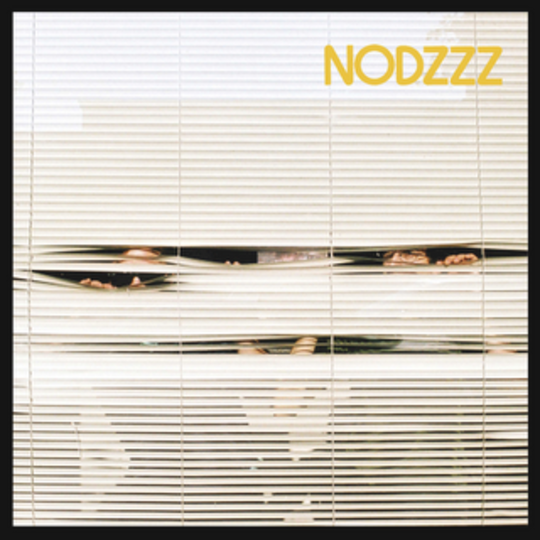 Just when you thought the new wave of America's underground lo-fi was confined to the downtrodden streets of Brooklyn, time to think again. Over on the West Coast of California there's a minor revolution taking place, and what's more, the major players seem to be heavily influenced by numerous musical oddities from this side of the Atlantic. Grass Widow's Slits-gone-twee thrashpop and Brilliant Colors' obvious love of all things Bristol circa 1986-90 are two examples of riotous girl power, while the surreptitiously titled Shitstorm regale Beefheartian escapades through the minds of crack-addled skateboarders. Leaders of the pack though are undoubtedly San Francisco three-piece Nodzzz, a band who sound like they were conceived in London sometime around 1976, shuffled off to Manchester for a couple of years until the turn of the decade, then arrived back just in time for the first wave of Dan Treacy-inspired madness.

Although initially recorded at the back end of last year, Nodzzz' debut long player has been given a new lease of life courtesy of What's Your Rupture obtaining a worldwide licensing deal, and like Crystal Stilts' awesome Alight Of Night record, Nodzzz should be the catalyst towards widespread recognition, rather than just biggest band on the Frisco DIY punk scene.

That is of course if you dare call this a long player, as Nodzzz only clocks in at just over a quarter of an hour, despite containing ten tracks in total. Previous singles 'I Don't Wanna (Smoke Marijuana)' and 'True To Life' may be conspicuous by their absence, but there's more than enough meat to get stuck into here, and it's fair to say that in the short time Nodzzz is with us, its creators don't waste any time in going straight for the jugular.

Singer Anthony Atlas owes as much of his pugnacious bile to the likes of Mark E Smith, Nick Lowe, the aforementioned Treacy and Howard Devoto as he does Statesiders Jonathan Richman or Richard Hell. Although accents occasionally speak louder than words, there's no doubt vitriolic rants like 'In The City' (sample lyric: "In the city they have something to prove, but nowhere to move/they have no talent but that don't matter if you stand there looking cool") emerged from years spent listening to a battered old copy of Live At The Witch Trials. 'Simple Song' could fit succinctly onto side two of Another Music In A Different Kitchen (at a push at least).

More to the point though, they actually pull it off with some aplomb and even though there'll be the odd muso complaining about a lack of substance or whatever, Nodzzz give as good as they get in return. Alongside the likes of Finally Punk, German Measles and The Specific Heats not to mention Leeds' very own Spectrals, there's a new school of C86-inspired pop flourishing at present. Savour it while you can, as Nodzzz is undoubtedly at the top of its class.