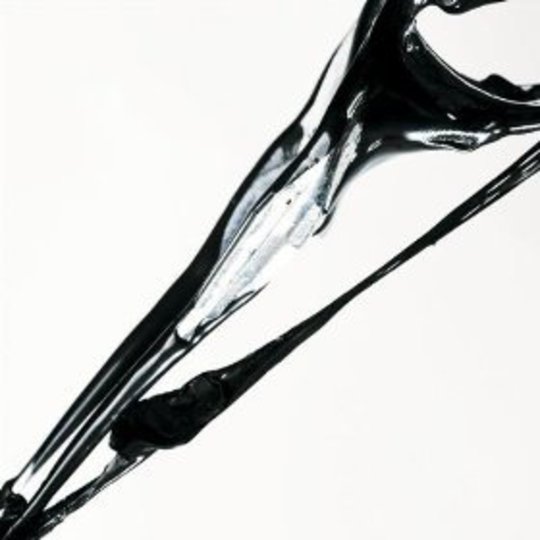 This is no Oscar night 2003; an evening dominated by victories for the final instalment of the meticulously adapted Lord of the Rings series. It was a fine piece of work, but there were still going to be questions asked about the legitimacy of the acclaim given to its final chapter. Was it really the best of the trilogy? Cynics among us can see reward given to an entire series as opposed to the final instalment on its sole worth.

With that in mind, it’s actually hard to really say for sure whether this final instalment of Flying Lotus' post-Los Angeles EP series is its finest chapter or if it's somewhat powered by the momentum of its predecessors. Steven Ellison himself is only involved indirectly, so FlyLo purists may deem a high mark unwarranted. Only two very sparse pieces of new material interject in the form of ‘Endless White’ and ‘Spin Cycles’. But 3x3 is not meant as a further demonstration of his abilities, but rather a platform for peers to take a hold of his unique template, similar to 2x3 but with a more fully-formed outcome.

Each track is wonderfully loose of its original fitting; perhaps this is a given for a remix collection. But loyalty is retained to Ellison’s work, ultimately making the whole thing feel more collaborative than an effort to put a personal stamp on the material.

DimLite breathes new wonky life into album ender ‘Infinitum’ and sets the tone brilliantly for the rest of the EP. ‘Parisian Goldfish’ is reworked and reversed by Take but loses none of its warped quality. Breakage’s ‘Testament’ tones down his usual break-orientated dub in favour of a shoegaze-influenced take on the track and stands out as a highlight. His use of the vocals is especially brilliant, weaving them in between a wonderfully crafted combination of lurching drums and dark futuristic synths. Rebekah Raff’s ‘Auntie’s Harp’ closes and is reminiscent of some of the more idyllic tracks from Clark’s Body Riddle, and stands up robustly next to its predecessor. A perfect closer that leaves the adrenalin flowing through unexpected means.

Going back to the pieces of new material on offer here, the two do actually gel the mixture perfectly. It’s another step forward for FlyLo to create such minimalist soundscapes bereft of percussive rhythm; they bring to mind neo-classical compositions, as much as anything else. By interjecting with such a different angle to the reworked tracks, he creates a personification of himself as an aural narrator as opposed to his usual role of beat general. He offers a thoughtful calm, enhancing the pressing nature of what surrounds him.

That this new technique might be used on future albums is an enticing prospect, and certainly a lack of a mass of new material is no issue here. In fact, one of the many joys of Flying Lotus is his ability to surprise each time, and to offer a mass of Los Angeles-style new material would seem pointless. Honours here go to a deserving candidate in 3x3. Of course, FlyLo has given us many an offering worth rewarding; long may that continue.