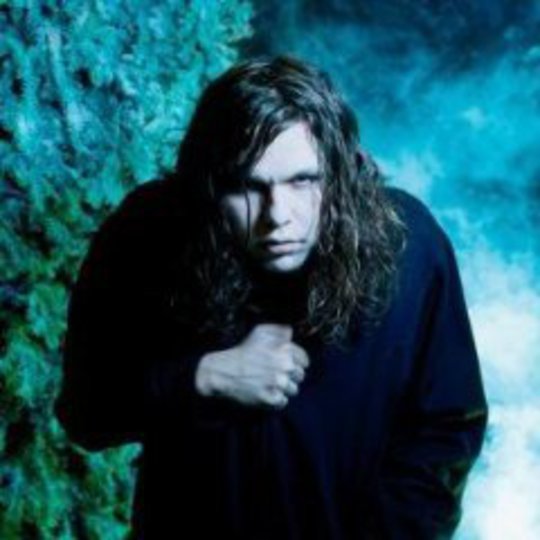 Who is this ‘Jay Reatard’? And what exactly is it that he wants? Okay, there are some literal answers to those questions available pretty easily, should that be your monochromatic bag. But the point is this: after a decade mooching about in various prolific but terminally obscure punk bands, Reatard became a Matador artist last year, pretty much the first anybody in the UK without slam dance-related head trauma had heard of him (though many of us got into his razor-sharp 2006 solo debut Blood Visions as a result). His profile rocketed, and it was that 2008 model that served as the first impression. The 2008 Reatard, then, was a badass whose gigs descended into chaos at the drop of a hat (see the infamous Toronto Silver Dollar show) and who was given to releasing seven-inches of Ramones-grade short and sharpness, albeit with an overt British beat sensibility (as evidenced by last year’s Matador Singles '08 compilation).

But how much did we really know the guy? I mean, amidst the retro snap crackle pop of ‘See/Saw’ and ‘Always Wanting More’ was this bizarre cover of Deerhunter’s ‘Fluorescent Grey’; bizarre because it sounded almost identical to the ambient drizzle of the original. Reatard was not as genre-bound as you’d expect.

Second solo album Watch Me Fall isn’t a lurch into completely unexpected territory, but it does pretty comprehensively define Reatard's 2009 setting as 'self-loathing glam popper'. He’s not the guy we met last year.

The most obvious change is his voice: while the man born Jay Lindsay in Tennessee always sang like an Englishman, here his vibrato is almost entirely chameleonic – at any given moment he sounds exactly like somebody else, generally David Bowie, Brett Anderson or Robyn Hitchcock, sometimes even Gaz Coombes. There’s almost nothing of his own left about his voice and it takes some getting used to: ultimately it's not the sound, but the sneering bitterness contained therein that defines him. That Gollum-alike front cover isn't entirely ridiculous.

The instrumentation is much cleaner – Blood Visions was melodic as you like, but still pretty noisy. The production values on Watch Me Fall are hardly epic, but the guitars and keys slide out bright and clear, melodies unfettered by anything beyond crystal-pure hooks.

The very first thing you here on Watch Me Fall is ‘It Ain’t Gonna Save Me’s hurricane chorus, swooshing straight out of the block at triple speed, Reatard charging breathlessly into the fatalism of the verse. “Since that day I’ve never been the same, tired and lonely with no-one to blame” he whines tremulously, having made it halfway through the song without pause for air. There's no let up until the coda refrain of “all is lost, there is no hope”, and if Reatard's retained something from his punk years, it’s the feeling most tracks are a bit faster than is strictly speaking necessary in the interests of a good pop song. That’s entirely welcome, the sheer franticness of his delivery stomping away dangers of Watch Me Fall sounding either too slickly tuneful (there is not a second of music left unkissed by shiny new car gleaming melody) or too self-indulgently miserable (quoting lyrics would take an age, but check out those song titles: ‘Before I Was Caught’, ‘Can’t Do It Anymore’, ‘Faking It’, ‘Rotten Mind’, ‘My Reality’).

The alchemy perfected, tune after tune rains down in as hummable a hail as you’ll hear all year: ‘Man Of Steel’s twisted terrace chant of “I’ll break your FACE”; ‘Faking It’s sun-dappled pogo staccato; the gorgeous baroque harmonies and liquid acoustic flow of ‘Wounded’; ‘Can’t Do It Anymore’, the best Joy Division pastiche Bowie never did; ‘Nothing New’, the best Bowie pastiche Bowie never did. The guy makes The Shins look like Prurient.

Stil, there’s a weakness to this stinging hoard of glam tragicomedies. For all its coherence musically and in the persona presented by Reatard, Watch Me Fall doesn’t have any sort of arc as an album – it’s just bam bam bam, pop pop pop. Which is great, but you could rearrange the songs anyway you liked and not significantly alter the feel or the flow – stack it up next to a record by Bowie or prime Suede and it can go hook for hook, but doesn’t have anything like the depth. Or at least, that goes for the first 11 tracks.

The finale, ‘A Whisper (There Is No Sun)’, forsakes easy hooks and straightforward bitterness for something slower and more much more sinister, a loping midpaced strum of distant-glinting guitars and tinny vocals that builds to the words “the only thing you remember, is that you only whisper to me, or I’ll make you...” The wordless howl that comes next is remarkable, in its beauty a purifying gale blowing the debris of Reatard’s toxic lyricism off the streets, in its sentiment something more ominous, suggesting the object of his affections is going to be made to howl if she/he/it dares stray. It’s frightening and it’s exhilarating and you can’t point at it and say ‘well that sounds like that other singer if they fronted that other band’. It sounds like Jay Reatard and it sounds astonishing. He should try it more often.