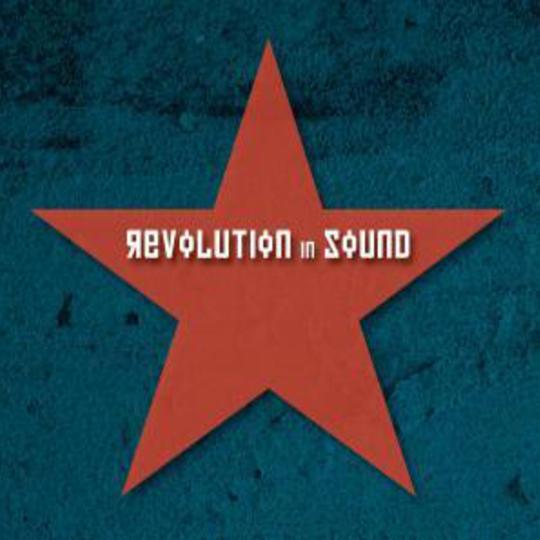 What with Glasvegas and The Horrors taking the Mercurys by storm and the My Bloody Valentine curated pre-Christmas ATP on course to be the fastest selling event to date, now is definitely the time to be dusting off those Creation 12-inches and proclaiming to have always had a shoegaze element to your sound. Not that we're calling London-based indie Northern Star bandwagon jumpers; on the contrary, as their Psychedelica trilogy of compilations, the first of which first saw the light of day back in early 2006, ably demonstrates.

What makes Revolution In Sound that little bit different - and certainly more appealing than any of its predecessors - is that here Northern Star have gone for quality over quantity. While we're not suggesting the earlier Psychedelicas were a mixed bag of aural delights and duff filler, indulging in the whole package during one sitting could sometimes be heavy going at best.

Thankfully, the diverse nature of the 17 acts compiled here means that we don't just get a carefully orchestrated collection of Loveless or Nowhere clones by numbers. Instead, the label has obviously searched long and hard to come up with the right mix of acts, some of whom you may be familiar with, but most still fairly unknown outside of their own backyards.

Having developed the label to the point where they're no longer only issuing compilations of new bands, Northern Star have also used Revolution In Sound to showcase five of their own discoveries, most notably Swedish outfit Youngteam, whose 'Introducing Mr Gladstone' is as a song in three parts not too dissimilar from Mew in their earliest, more dynamic phase. Labroratory Noise also merit a mention, their deceptive 'You Created A Storm' echoing Primal Scream's visionary XTRMNTR phase before turning into the bastard son of Godflesh at the flick of a switch (or should that be touch of a pedal?).

Of those already in the spotlight, erstwhile Leeds fuzzpoppers The Manhattan Love Suicides provide an ample reminder of why their recent split was sadly premature on former single 'Clusterfuck', Cardiff trio The Voices bring the spirit of Lush into the 21st Century on 'When The Black Sun Sets', and Boston five-piece The December Sound simply ask the question 'why aren't we famous yet?' via the distortion heavy fug of 'No Heaven Like Hell', a dizzy highlight off last year's criminally ignored Silver long player.

Add to this schizoid electronica from Delicasession and Punk TV, evocative guitar-led krautisms from London's Kontakte and indiscriminate anthems courtesy of Nottingham's Mint Ive and you have a collection that has something for everyone, regardless of which era or sub-genre of the whole shoegaze phenomenon floats your boat.

Having previously introduced the likes of God Is An Astronaut and The Black Angels to a wider audience, the smart money is on this A&R man's wet dream having a similar impact for some of the artists here. Let the revolution commence...