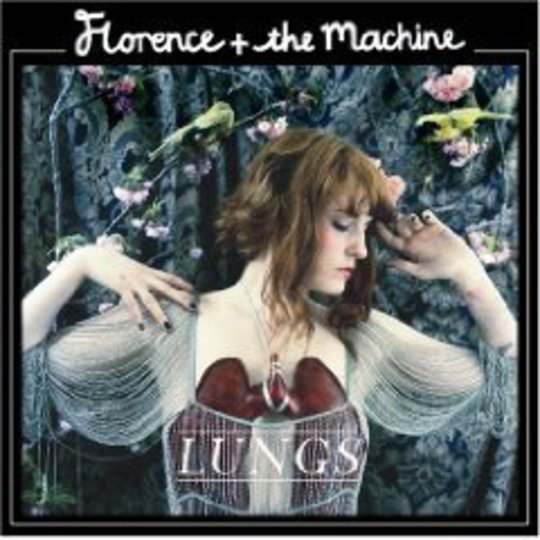 As you will know if you’ve seen the popular documentary Four Weddings And A Funeral, there comes a point in every wedding that could conceivably be described as ‘audience interaction’. This is the part where the person in charge turns to the guests and asks if they know of any reason why the wedding shouldn’t continue. Often - and this is in direct contrast with most of the major titles of the wedding movie genre - nobody will have anything to say. If they do have something to say, etiquette dictates that they clear it with someone before the wedding. It is very, very bad form, unless you’ve been texted a photograph of the bride with her secret cellar family during the ceremony, to stand up and give an opinion this late in the game. Nobody should ever do it.

But still, the question has to be asked. Like confirming to the airport check-in that you’re not a terrorist, or buying your train ticket on the correct side of the barrier as the train you were running for slowly fades into the distance, asking the congregation if anybody would like to ruin the lives of the people at the altar is protocol. And protocol must be observed. Therefore, I will be following this paragraph with a section comparing Florence And The Machine (and not her music, mind, because she is a girl, and so we’re going to go mainly on style), to other contemporary female artists, namely La Roux, who has red hair (‘roux’ means ‘red’ in French), and Little Boots, who is little, and presumably has a corresponding shoe size.

I imagine you’ve already noticed the major difference. Unlike the other two, whose names highlight aspects of their appearance, Florence does not literally come with a machine. But she has one in her voice, and the thing inside her that makes it impossible for her to suppress it. This not only acts as her machine, it’s also her greatest asset, and the thing that - despite attempts in the media to file all distinguishing features neatly into terms last pulled out for the Spice Girls - make her at least one idiosyncratic hairstyle above her competitors. She also has a genuine back story. Instead of popping up at the beginning of the year with a completed aesthetic, album and personal gimmick (Tenori-On/ hair that stands up), she first appeared singing in club-night toilet queues around London, followed it up with a stint in Lightspeed Champion, and found her sound entirely in public, beginning with half-written songs and Green Day covers. With her wildy dramatic stage antics set to the ridiculous figure of a lone backing guitarist, the ambition was always evident, but where she would take it was up in question. Now, it’s the naievity of these early days that makes her so believable, in comparison to the others and on her own. Comparison, however, is still redundant, for all three of these artists, despite all attempts to imply otherwise, make music that is distinct from each other and worth judging on its own merit.

What is not totally redundant, is Lungs. It could have been. With this kind of hype, the album didn’t need to be anything more than forgettable. We would have bought it anyway, probably at Sainsbury’s, and shrugged that the singles were quite good. As it is, they’re more than quite good, and all the better for the tracks that surround them. These days, we tend to judge art by the personality of the people making it. Lungs reverses this by giving a personality to Florence. Like a camera pans out in a film, we are suddenly presented with a wide shot of a real, complicated person, where before there was just a loud girl in a cape. This same principle applies to the singles as well. 'Kiss With A Fist' was the first, and with its jaunty artlessness, now immortalised in an iPod advert, is easily dismissed. However, on the album it’s sandwiched by 'Howl', a song about the physical symptoms of desire, and the vaguely erotic 'Girl With One Eye', about dismembering your enemies. Suddenly the lyric "we sit back and watch the bed burn" takes on new menace. Maybe she means what she’s singing.

The lyrics also take on new significance when grouped together. We know that Florence's is not all about the words. We’re not going to put our headphones and sit there trying to work out the story, and we don’t need reminding that she is a Voice first and all else later. However, there are points throughout each song where a group of words, or a reference to a legend, or a character from a novel, will cause you to take notice. As the album goes on, the feeling that each one invokes collates, and by the end you’ve hopefully collected an intangible sense of something that Pete Doherty might refer to as Arcadia. Florence is often compared to Kate Bush, and here is where the comparisons really seem justified. Like Bush, but minus the mark of genius, listening to Florence and the Machine can sometimes feel like being led by the hand through a story world by a girl who has forgotten to grow up. Looking like the heroine of a pre-Raphaelite painting, Florence drags us from Alice to Robin Hood when the lyric "I am the rabbit-hearted girl" becomes in "I must become the lion-hearted girl" in Rabbit Heart. She subverts Enid Blyton-esque primness in 'Dog Days Are Over', and she invokes the gothic in 'My Boy Builds Coffins'. The use of classical harps throughout, and the Victorian anatomy diagram of lungs on the back cover of the album are just two more details on a record that is so finely detailed, you wonder how they had time to market her at all.

The only major problems are the inclusion of a cover of 'You’ve Got The Love', which is an example of a bonus track ruining the flow of an album, and 'Hurricane Drunk', a vehicle for a very questionable chorus. Attention to detail prevails though in running order, and with these songs falling at the end of the record, you’ll be inclined to forgive them by the time you get there.

Now, with a Glastonbury performance best described as ‘defining’, it appears that Florence will be as unstoppable as her machine.