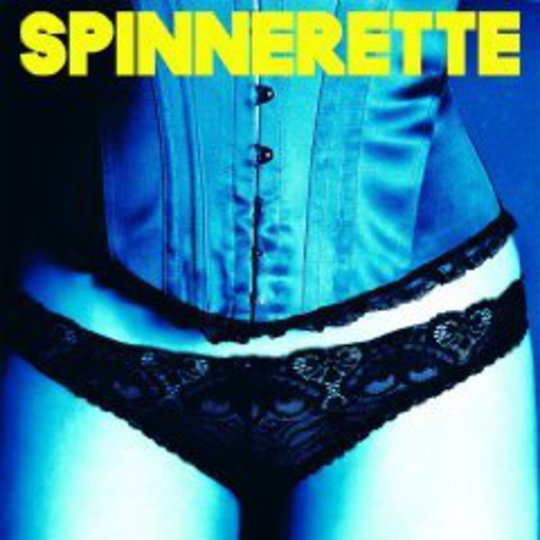 Throw enough shit at the wall, and some of it will stick. MGMT spring immediately to mind: Oracular Spectacular lurched from rubbery disco-funk to bone-dry acoustic dirges via monolithic electro anthems, and as a result, about a quarter of it worked. Brody Dalle, on the other hand, has long championed pretty much the antithesis of this approach. As the Strepsils-dodging angst panda at The Distillers’ blustery helm, she proved that you only need chuck a handful, so long as you do it HARD ENOUGH. Raaar, etc.

And so it was that, over three increasingly poppy rawk albums, her relentless pounding waves of verse-chorus-verse distortion occasionally churned up something thrillingly purulent amidst a box-ticking but reasonably uninspired bounty of driftwood, seaweed and condoms. And yet, particularly on the most recent, unashamedly accessible and arguably homogenous Distillers album, 2003’s Gil Norton-produced Coral Fang, it was genuinely tricky to identify why some tracks sank while others bobbed along nicely. All you knew was that 'Drain The Blood' and 'Hall Of Mirrors' both kicked ass AND took names, while 'The Hunger' and 'Dismantle Me' merely soiled themselves and snuck away leaving an apologetic note.

As had been the case on the previous years’ Sing Sing Death House, the problem wasn’t a lack of balls - more a lack of ideas. Dalle has always done what she does well, it’s just that...well, she’s always done what she does. Raaar, etc. So, does new project Spinnerette see Dalle throwing a few different shades around, flexing muscles other than that impressively ravaged larynx? Well, sort of.

In fact, album opener and launch single 'Ghetto Love' brings with it the fleeting terror that an even more crushingly predictable scenario might be about to unfold. As a pounding, bass-heavy, 18 wheeler of an intro riff chugs into view, over and around and inside of which slither twitchingly off-kilter guitar noodles like pissed-up electric eels, you may experience a moment of mild panic: Christ, this sounds EXACTLY like Queens Of The Chuffing Stone Age.

There’s no discernible chorus, just a bit where the production shifts up a gear and Dalle - every fibre of her being presumably aching to put pedal to the metal and really floor it - just snarls in shackled frustration. It’s not a huge stretch to imagine a stern-looking Josh Homme watching from the sidelines, slowly mouthing "hoooooold it...breathe..." like some tantric guru overseeing his wife’s 30-day thrash rehab session. (The fact that the album ‘art’ comprises a dizzying close-up of some lady’s - Brody’s? - panty-clad biff doesn’t help dispel the looming spectre of Mr Dalle, either. You sort of hope it’s a conscious nod to QOTSA’s alarmingly similar debut LP cover, although it’s a gaspingly pointless one if so.)

Despite the worry about quite what it all means, ‘Ghetto Love’ gets things off to a pretty strong start, so it feels something of a mixed blessing when the prospect of another 12 doting slabs of Homme-lite sleazecore is laid to rest by two better-fitting but eminently forgettable follow-ups. 'All Babes Are Wolves' is a brief Dalle-by-numbers pummeler that gives way to Spinnerette’s lowest ebb, an anaesthetising jeremiad called ‘Cupid’ on which our heroine bemoans something or someone in an allegorical address too clunky to explore beyond the first droning minute.

Faring much better, ‘Geeking’ comes off like a perkier, less maddeningly pompous reworking of 'The Hunger' as covered by Fountains Of Wayne on a slight comedown, and album highlight ‘Baptized By Fire’ is oddly gorgeous by virtue of being so utterly unexpected - after a fairly unpromising start, there’s a palpable gust of menthol-like refreshment when Dalle takes off gracefully into a synth-tickled Pet Shop Boys-meets-La Roux (no, really) radio chorus. It’s a very similar effect to when Billy Corgan dropped ‘Appels + Oranjes’ into the middle of Adore, and it proves that Dalle’s imagination isn’t wholly confined to a knicker-strewn basement flat with a faded Misfits poster and a pair of fluffy handcuffs on the headboard.

There are little flashes of such invention scattered throughout the second half of Spinnerette, particularly the glitchy, backlooped outro to 'Distorting A Code' and the tangle of close-but-no-cigar ideas that makes up the short but awkwardly sprawling 'Rebellious Palpitations'. Although they’re not nearly frequent enough and occasionally feel a bit forced, they do suggest that the project - it somehow feels wrong to say ‘band’ at this stage, what with Jack Irons chipping in on sticks duty and Eleven/QOTSA regular Alain Johannes beefing up the guitar assault - might have a further to go than the muscular one-trick pony that was The Distillers.

First, though, Dalle needs to get more comfortable with the idea of going off-piste, and less comfortable with...well, y’know. Raaar, etc. Familiarity breeds contempt, and ‘Spinnerette’ makes its strongest statements when flobbing a big loogie onto the grave of past endeavours, not when laying out fresh blooms at the side.