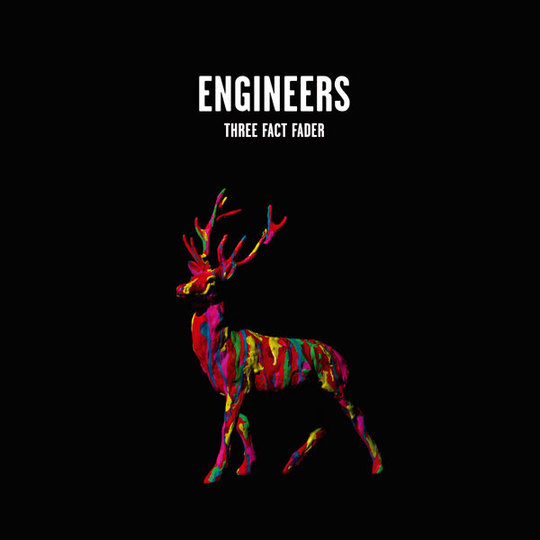 Having broken through to the periphery of mainstream success thanks to the tried and tested 'word of mouth' method - not to mention a series of storming live shows - 2005's self-titled debut release should have been the catalyst for greater things as far as Engineers were concerned. Sadly, and as so often has been the case in recent times, record company politics (the label, Echo, eventually going bust) and the perceived changing tastes of their customer demographics meant that the band and any subsequent releases found themselves on an enforced hiatus lasting four years. For many lesser outfits, that would have been the straw that broke the camel's back; the precursor to collectively announce "enough is enough" and head back to the drawing board to re-evaluate and map out new careers. Not so Engineers though; (re)borne of the belief that this batch of singers were too good to remain locked in the vaults and away from the public domain, and buoyed by a somewhat loyal fanbase, not to mention friends in more influential circles, the arduous task of revisiting songs mostly recorded between three and four years ago began in earnest, the first steps towards Three Fact Fader finally in place.

It's certainly been a long haul for the band, from the initial sessions recorded with M83 and Maps cohort Ken Thomas between the leafy glades of rural Surrey and Monmouthshire, to the revamped versions that sit proudly amidst this fine collection. Perhaps the most ironic - if incongruous - facet is that four years ago, Engineers were seen to a large degree as revivalists, albeit pretty astute ones, of an era long past its creative zenith, whereas today, in a climate of echo, reverb, looped dialogue and distortion, their philosophy for sound and vision fits perfectly.

Also worth mentioning is the fact that during the enhanced periods of band non-activity, the four individual members kept themselves occupied, not least trying their hands at mastering the kind of studio techniques that their obvious heroes Eno and Shields had conquered years beforehand. Upon hearing Three Fact Fader, it's fair to say they've passed with flying colours not only as songwriters and musicians, but also as...engineers of a sort, as this record is simply burgeoning with ideas and creativity way beyond the expectations of an outfit many thought had disappeared off the radar permanently.

Instead, they've managed to assemble one of 2009's most devastating comeback records, one which finally justifies all the platitudes their potential attracted during their Echo days. While the influence of producer Thomas is prevalent throughout, particularly on the opening 'Clean Coloured Wire', which could have fitted quite succinctly on something like We Can Create, or the enigmatic ambience of the title work, where the cap of thought is doffed unashamedly towards the often understated influence of Chapterhouse.

Engineers really come into their own on the pulsating bass-driven 'Sometimes I Realise', Simon Phipps' exquisite vocal offering a menacing undertone to his colleagues austere arrangement. The lush harmonies displayed by Phipps and bass player Mark Peters on the penultimate 'Be What You Are' simply cause hairs to stand on the back of one's neck, while the dazzling Spector-esque drama of album closer 'What Pushed Us Together' is both audacious and breathtaking in its execution. Add the melancholic artistry of 'Does It Feel Right?' and 'Helped By Science' to the widescreen blitzkrieg of 'Brighter As We Fall' and you've an album that expresses a stunning range of diversity in its make-up, and proves epochal in asserting the re-birth of its creators.

Talk about defying the odds; Engineers haven't just confounded the critics who'd written them off completely, they've remarkably managed to raise the bar to a whole new level for an entire genre with Third Fact Fader. A triumph over adversity if ever there were one...