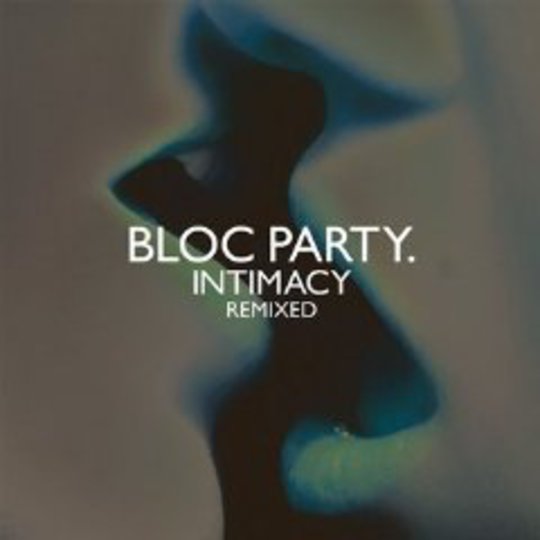 Aside from No Protection, Mad Professor's magnificent future-dub reconstruction of Massive Attack's Protection, remix albums tend to be largely forgettable (although I expect some Nine Inch Nails fans might have something to say about that). Bloc Party's previous contribution to the form, 2005's Silent Alarm Remixed, was typical: a couple of decent tracks poking out from under a pile of unmemorable beatnology, stuck together by some of the less interesting electronic artists of the day.

Key to the success of a remix project, of course, is selecting knob-botherers who can molest a mixing board to interesting effect. For much of the length of Intimacy Remixed it's abundantly clear that wasn't a prerequisite for whomever it was that compiled this dispiriting list of the hyped, the unimaginative and the more or less superannuated.

Mediocre LA duo Villains turn in a crunchy electro remix (how many of these can the world bear?) of 'Ares'; sadly their sheet-metal synth work fails to distract attention from Kele Okereke at his most embarrassing - he sounds like lad-era Damon Albarn after several violent blows to the head. Worse than that, the decision by these remixers du jour to strip out the drums - the only good element of the original track (nicked wholesale from the Chemical Brothers' 'Setting Sun', which in turn lifted them from 'Tomorrow Never Knows') - and replace them with the dull boilerplate thud of their ADD beat programming is either knowingly perverse or, more probably, just plain dumb.

If this album was your sole exposure to dancefloor-oriented electronic music in 2009 you'd think it was a very moribund beast indeed. Which is a shame, because regardless of whether you think it was a success or a failure, Intimacy was an attempt by Bloc Party to explore a different side to their sound, and it's regrettable that this impulse isn't reflected in their choice of remixers. I can't believe that anyone at Wichita was really surprised when Armand Van Helden turned in something my pension-age mother would consider passé.

To be fair, Van Helden does exceed in one regard: his take on 'Signs' is much, much worse than might be expected. While the original slides along on a Four Tet-ish glockenspiel melody and melancholy synth glissandos and bloops that nod convincingly towards Detroit techno, Van Helden tosses all that to one side and pins the vocal to a saw-tooth synth and floppy bass chassis that would give even the most doggedly unimaginative of nu-ravers an inkling that the jig is up. Van Helden has to defecate just like anyone else, but what makes him think he should preserve the result and shove it in people's ears?

Filthy Dukes' version of 'One Month Off' is another morbidly uninspired electro-houser, as is Hervé's milquetoast remix of 'Mercury', which takes the skunked-up paranoid urgency of the original and reduces it to the temper tantrum of a five year old on a tartrazine jag. Instead of the frantic horns that slant at disquieting angles through the original we get a horribly limp kick and yet another engorged bassline, the creation of which is only ever a lazy preset button-push away. John B's drum and bass attempt at 'Trojan Horse', meanwhile, is so bad that rather than just turn it off, you might actually want to destroy the stereo you played it on. You know the theory Susan Sontag posited in her essay Notes on Camp about something being so bad it’s good? She wasn't talking about John B.

More might be hoped of Mogwai and No Age, but neither outfit bring much to the party. The Scots add a churning electro synth line to 'Biko' but otherwise leave it more or less how they found it. Similarly, No Age appear to have remastered 'Better Than Heaven' – or perhaps demastered, given the coating of scuzz they add – rather than remixed it, per se.

There is, thankfully, some hope in the midst of all this despair. Newcomers We Have Band turn in a pleasantly glittering reimagining of 'Halo'. Percussive breaths and a euphoric high-end melody spring back and forth above a modulating synth line, with echoing scraps of Okereke’s vocals dabbed here and there. It falls to London-based Italian Banjo or Freakout, though, to provide the only track here that's actually worth spending money on, his mix of ‘Ion Square’ being the album’s only real showing of creative intelligence. By taking the percolating synth from the end of the original version and wrapping the sweet ee cummings-borrowed lyric – 'I carry your heart here with me/I carry it in my heart' – in a dense cloud of treated, looped guitar, he produces a remix that, uniquely amongst its neighbours, offers an interesting, possibly even superior, reading of its source material.

Well, remix albums, eh? What do you expect? Except when you consider, say, the jittery rush of Four Tet’s remix of 'So Here We Are', or Burial's powerful and otherworldly take on A Weekend In The City's 'Where Is Home?', you can’t help but wish artists of a similar calibre had been invited to go to work on the uneven but potentially fertile raw material offered by Intimacy. As it is, in putting their names to this Bloc Party seem to be saying they either don't care about what they ask fans to spend their money on or they don't know much about electronic music. Either conclusion is pretty depressing, but even worse is the apprehension that both are probably true.