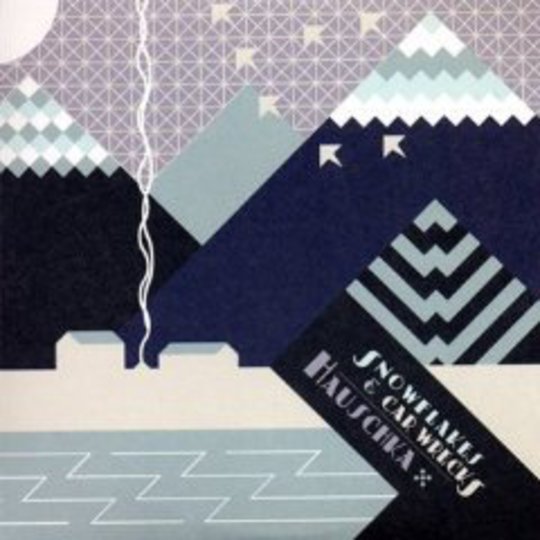 The Snowflakes and Car Wrecks EP gathers together seven tracks that were left over from the recording sessions for Hauschka’s widely praised album Ferndorf, which was released last September. Tonally, the EP is identical to the smaller-scale piano and string duo works on Ferndorf, and emotionally, too, it is that album's atmosphere of nostalgic reflection that is uppermost.

While none of the tracks here equal the individual brilliance of the album standouts ‘Rode Null’ or ‘Barfuss Durch Grass’, Snowflakes and Car Wrecks hangs together far better than a collection of offcuts might reasonably be expected to. Indeed, the sequencing of the tracks has clearly been the subject of diligent consideration. The EP opens with the interweaving multiple pianos of ‘Ginsterweg’. Each playing to a different time signature than its companions, they summon up the disorientating flurrying motion of snowflakes on the wind only for this strong sense of movement to be arrested by the icy stillness of ‘Eisblume’. A close cousin to Ferndorf’s ‘Nadelwald’, ‘Eisblume’ finds its mirror in the EP’s penultimate track, ‘Hauberg’, which goes even further in evoking the type of seething mournfulness at which Hauschka’s label-mate Max Richter is so adept.

The only piece here that really would have seemed out of place on Ferndorf is ‘Tanz’. Meaning ‘dance’, it’s a joyous nine-minute jam session that feels a world away from its meticulously constructed neighbours. Most intriguing of all, however, is ‘Kindelsberg’, which seems a simple enough solo piano piece until you pause to consider its constituent parts. The world isn’t going to be turned inside out by learning that it’s marked by the influence of both Satie and Debussy, but alongside them it also weaves in unexpected fragments of Schumann, Bill Evans and even early-70s Tom Waits. Squirming between these different styles it emerges, finally, sounding only like itself.