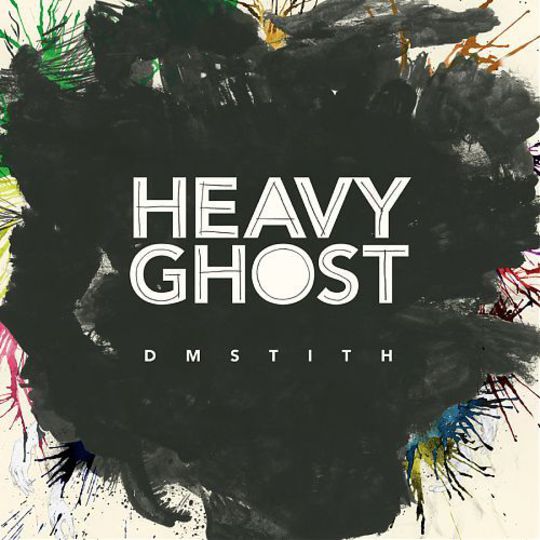 For a seemingly insubstantial album, when Heavy Ghost by DM Stith sounds like anyone (contemporary) it sounds like the serious heavyweights: Rachel’s (The Sea & Bells), Antony & the Johnsons (The Crying Light), Radiohead (in their genre-hopping moments from the past decade), Bjork’s vocals-only album Medulla. For those who checked out Ribbons’ debut album for laptop & chamber-orchestra, last year, this could be its electronica-free counterpart, but we’re in unusual territory no matter what.

DM Stith, briefly, is a protégé of Sufjan Stevens, and an occasional producer for his friend Shara Worden, AKA My Brightest Diamond, who (between them) coaxed him into the studio. With the subtlest layers of hummed and murmured, barely-there vocals, he’s created music of orchestral richness and complexity. The album title suggests that the instruments are meant to sound as if they were being struck by a particularly determined ghost, building up the resolve to become a poltergeist, or (more Zen, this…) that the songs have been assembled from the sounds objects and instruments make when there literally is no-one around, or they weren’t being played, just put back in their cases. On most tracks, the handclaps are almost weightless, like ghost-held gloves, or the chink of pebbles nudged by waves. The opening track fumbles with two piano-keys, and what might be the carriage-return bell of a typewriter; feeling out the possibilities of minimalism.

That’s not to say, however, that it’s an album of spaces and rests – mostly, the moments are full of detail – and note that late-period Talk Talk (or Mark Hollis) hasn’t yet been cited (although I’d be the first to admit over-using that comparison as a benchmark of genius…). In fact, many of the songs have a jazzy propulsiveness to the lines rippling on double-bass (‘Pity Dance’ & ‘Creekmouth’), or silvery acoustic guitars (‘Thanksgiving Moon’ & ‘Morning Glory Cloud’), and on all but one track, the spectral choirs are comprised of a multi-tracked DM Stith, never droning as you might expect, but always vibrant in each layer of melody and countermelody – more like newly dead ghosts trying to recover language, but not yet despairing of having lost it. On ‘Thanksgiving Moon’ (track 7), for instance, the ghosts are trilling something like “ooh, aaaah, ah-woo-ah, ah-woo…” beneath intricate fingerpicking and lyrics you’d expect from Nick Drake: “is that a star? / O, shallow…victory…” Again and again, you feel like Dante descending into the pit of Hell; seeing the concentric circles of Hell, none of their figures quite discernible from this distance, and all undulating rhythmically in their endless tasks, but given personality through their distinct melodies.

Not that DM Stith has adopted such a crashingly obvious conceit as to update Dante – if this is the afterlife, it’s one you’d be fairly happy to inhabit, with a skewed geometry like Beetlejuice. Instead of providing highblown moral lessons, when the dead speak, it’s to impart the confused but precious memories they might have grabbed in their last moments. It doesn’t matter that you can’t make out very much: on ‘Pity Dance’ (track 2), “to tell the truth / I have been sleeping with the lights on / ever since I left you” is such an evocative detail. Fragments of imagist poetry float to you through the keening sounds of sea-creatures, as on Bjork’s Medulla (“oh-oh, home of the Devil / bind and unbind, starlings / accursed litanies” in ‘Pigs’). Splashes of colour are provided by a harp there, and a piano and oboe on ‘Spirit Parade’; it’s on such tracks you can imagine DM Stith nodding from his ghost ship to fellow travellers like Rachel’s (who created a concept album around a clipper-ship lost at sea) or Thom Yorke and Tom Waits, both trying to sail “to Heaven in a little row-boat”.

One of two stand-out moments is ‘Fire of Birds’ (track 8), which may be the most cherished of all the memories the dead have to offer, even as their identities deteriorate: “well we dance… like we were on fire! / (like the birds, we spoke with… fire)” As a whole, Heavy Ghost is considerably subtler even than The Crying Light, but this is the equal of Antony’s recent single ‘Epilepsy is Dancing’, and in that spoken phrase (quoted above) shows the dead speaking to all things, even if they can’t make themselves clear to the living. ‘Braid of Voices’, the penultimate track, might be even better, cryptic in its words’ actual meaning, but achingly sad as the unaccompanied singer advances step by step (minor chord by lingering minor chord) only to arrive at a peculiar community, when his voice dissolves in the final cacophony of the song’s weird second movement. Without sentimentality or gothic melodrama, by the end of the album, death sounds a lot like coming home.