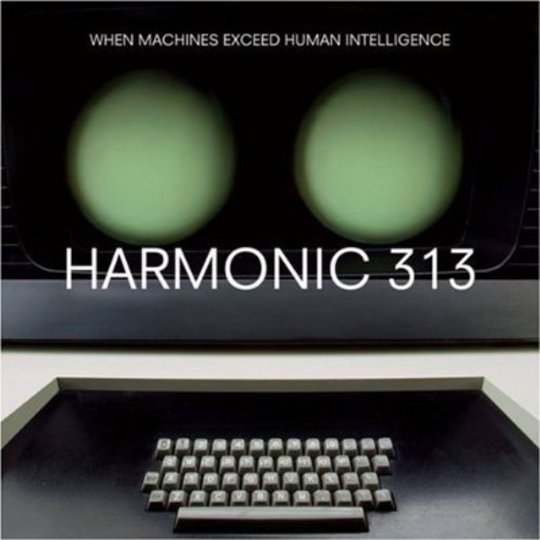 As one half of Global Communication and Jedi Knights with Tom Middleton, and alone as Link, Reload, Troubleman and more recently Harmonic 33, Mark Pritchard has produced genre-defining ambient, bleep techno, P-funk inflected electro, hip-hop breaks and library music tributes of note. With Harmonic 313 - the numbers a reference to Detroit’s area code - he seems to be adding Detroit techno, Detroit hip-hop (the ghost of much missed producer J Dilla looms large) and the UK bassline style that spawned from speed garage back at the beginning of the millennium to that burgeoning list of styles.

As you’d probably expect from a tune called ‘Dirtbox’, the album opener is absolute filth: a huge sub-bass roller that grinds with impressively single-minded intent. ‘Cyclotron’ carries on in a similar vein, adding melodramatic sci-fi stabs to a bassline so rubbery and all-encompassing you feel it might flop out of the speakers and come crawling towards you.

These are sharply focused bombs that demand full attention and punishing volume, so it’s a tad disappointing when ‘No Way Out’ lumbers up and then lumbers away again to no real effect. This hopscotch between brilliance and mediocrity is a pattern that’s repeated throughout the rest of the album, and made me wonder if there wasn’t some sort of satirical point being made here. The giveaway clue, of course, would be the album title, perhaps a suggestion that without the spark added by human ingenuity you’re only going to get perfunctory rhythm tracks out of computers. Unfortunately, I’m pretty sure that there isn’t a satirical point being made here, and When Machines Exceed Human Intelligence is just a patchy album.

While that’s frustrating the good stuff here is very, very good, and the less impressive fare on offer shouldn’t dissuade curious ears. The superb ‘Köln’ and ‘Galga-A’ hark back to the deep, breakbeat littered paths Pritchard explored under his Link moniker back in the early-90s; ‘Battlestar’ features former J Dilla collaborators Phat Kat and Elzhi spraying out aggressive verses from atop a killer break; and the whip-smart robo-funk of ‘Word Problems’ provides ample proof that the techno potential of a Speak & Spell should never be underestimated.

At the album’s end, too, real treasure is to be found in the form of ‘Quadrant 3’, a euphoric electro chugger led by an ascending white noise synth line that’s probably what nitrous oxide would sound like if non-flammable gases ever sounded of anything. But while the tune’s more dynamic elements alone would have made it something pretty special, Pritchard incorporates a thrumming bottom end and mournful, organ-like pads that make your emotions come along for the ride, too.