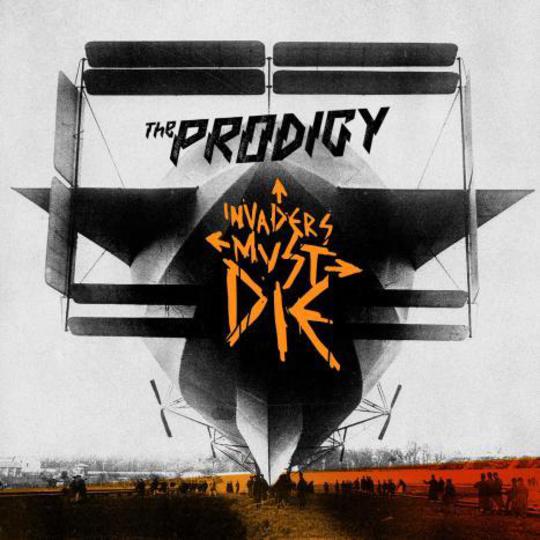 Everyone's favourite punk / dance crossover act, Pendulum - sorry, The Prodigy - are back to take off your head, and transport your body to a claustrophobic dance floor before catapulting you into a gurning oblivion. After the underwhelming Always Outnumbered, Never Outgunned, ringleader Liam Howlett has tracked back to the smash rave crossover of Jilted Generation and mashed up vintage polysynth lines with broken guitars and a scattering of whirlwind beats; mostly repeating his recipe for success.

So Pendulum strayed from their Drum 'n' Bass roots and tried to wade into Prodigy territory with the (mostly awful, yet commercially successful) In Silico. Though these Australian voodoo people came full throttle, out of space, and onto the same speedway as our beloved, British, Prodigy - the heat's been on for Liam to break, and enter, new ground since 1997; being unable to fully do so has left a gap in the market for these young pretenders. Perhaps that serves as some explanation to the somewhat territorial title, Invaders Must Die. Or maybe it's just because Invaders Must Die sounds super cool.

Assuaging any doubts of whom you are listening to, the first lyric on IMD is helpfully "We are the Prodigy!" I suspect that works well live. Fans of The Prodigy will either be overjoyed or miffed that vocalists Keith Flint and Maxim are back on duty to try and recreate some of the commercial success of The Fat Of The Land. Falling, as I do, into the haters camp, I find the tedious lyrical surges as invasive and painful as having a wisdom tooth removed without sufficient anaesthesia. OK, Keef and Max were great on the first three albums, but c'mon, Liam dropped them on Always Outnumbered, Never Outgunned for a reason!

Track three, 'Thunder' contains neither vocalist and is a prime slice of electro-breakbeat phatness (yes, it deserves a 'ph'), fully composite of raucous 808 kick-drums and beset by throbbing synth bass - it is topped off with a fab, sampled ragga vocal. It's what The Prodge do best, and we love to hear them excel. Similarly 'Warrior's Dance' is classic old skool rave, with its souped up hip-hop break underpinning a sexy enticing female vocal. If they're no longer a health and safety hazard – it's time to reach for those lasers.

Second single 'Omen' is so dull, it gets a 'reprise' on the album. Feels like a bit of a cop out to me. However, 'World's on fire' is so clever, it contains the repetitive lyric "The world's on fire, it's about to expire". If this is a smart, socio-political script about global warming, then I don't wanna hear it. Surely ravers are more concerned about where the water's at, not the heat. Well, they're probably concerned about both, I don't know. Though Liam pretty much runs out of ideas mid-way through IMD, album closer 'Stand Up' sits on a nice hip-hop break with horns and tweaked 303s: it's a bit of a Fatboy Slim moment – circa'96.

A majority of IMD is destined to end up splattered across car adverts and in film soundtracks where the scene is of a pulsing, throbbing, energetic nature. Sadly, that won't lend it any more substance, but is that really why you love The Prodigy? No, it's probably because you were there, in the halcyon days, throwing shapes in the church of dance.