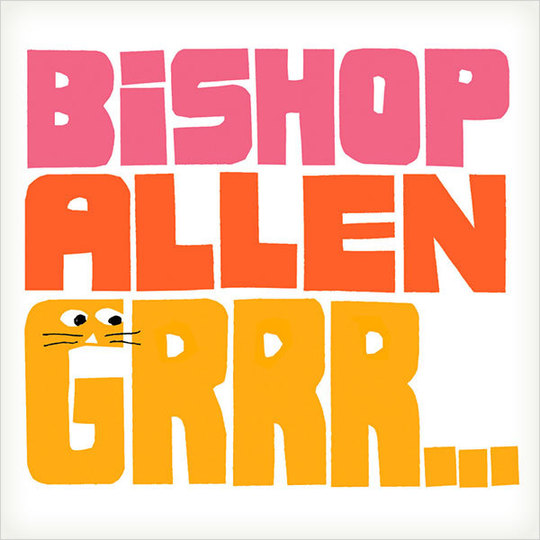 Thankfully no-one’s dubbing Bishop Allen 'This Year’s Vampire Weekend', because it would be nice to see their jaunty charms discovered slowly, rather than being foisted on us all through adverts and hype. There are hints of flamenco and barbershop in their music, the guitars often sound Hawaiian, and the percussion often includes marimba, but pastiche never swamps any given song. If this means anything to you; they’re like the Bonzo Dog Dada Band without any laugh-out-loud moments (BDDB: genius psychedelic genre parodists from St Martin’s, who inspired Monty Python, and wrote some of their songs).

Twee without being cloying, Bishop Allen have dropped any signifiers that might make us think Tilly & the Wall (the clattering percussion, and urgent male/female vocals), and manage to present their light-hearted lyrics as sincere. Plus, unlike Tilly and !Los Campesinos!, there isn’t that uncomfortable feeling that this is going to look awful silly when they’re pushing thirty. Okay, on ‘Roofop Brawl’, “the birds are singing / the bees are stingING!”, while ‘Tiger Tiger’ finds the singer being told to “…imitate the action of the tiger / or imitate the action of a snail / snap your teeth and smile a little wider / or leave behind a lovely silver trail…”. It works, though. The latter is spoken/sung over squeals of merrily dissonant violins, and feels like a message to anyone who should get on and write that book / learn that guitar instead of talking about it… rather than being addressed exclusively to young folk in cardigans and hairgrips.

‘Cue the Elephants’ is a personal favourite, partly because of its resemblance to the song ‘Belle & Sebastian’ off that first EP. With a few deftly observed details about a girl sulking for some unknown reason, and the imagined consequences of her walking away (in Disney-vision) the incongruities bring the scene to life. Elsewhere, ‘South China Moon’ and ‘Dirt on our Shoes’ have some of the strongest, most anthemic choruses, and perky guitar breaks, representing more of a continuity with the previous material, on which they sounded more indebted to Galaxie 500. It’s hard to see this taking over the world anytime soon, but you can see Bishop Allen growing quietly.