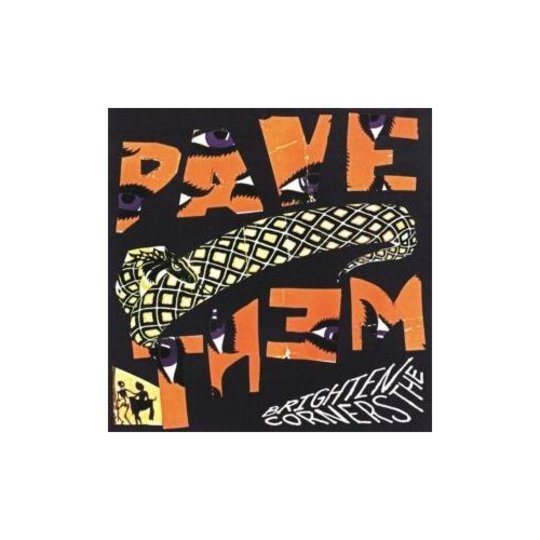 At university, the guy whose band Pavement "were" had this amazing collection of 100s of toy robots – in plastic and tin – plus, action-figures from movie-franchises, many in their original packaging. He wasn't like Comic Bookstore Guy from The Simpsons, he just liked living in a toy museum. Plus, he spent one summer in a Joe Camel costume, and looked like Freddie Mercury without the overbite; in other words, a walking Pavement-lyric. Ten years on, Pavement may be as much fun as drunkenly hurtling down the garden at night and long-jumping into that guy’s parents' miniature lake (bourgeois suburban fun?), but they don't seem to stand for much besides upper-middlebrow "surrealism-lite", as applied to life between the two Gulf Wars.

That's not a bad thing. Brighten the Corners is a personal favourite of theirs, and pretty much the reason we can't all agree this is a landmark in US alt. rock is the strength of Pavement's whole career. Sure, Slanted & Enchanted might be the purist's favourite, an American take on The Fall; Crooked Rain, Crooked Rain is the popular choice, an apolitical REM; Wowee Zowee is the quirky, fun one that never seemed all that emotionally engaging, but that's not a problem; Terror Twilight has some of the weirdest and prettiest songs Malkmus ever wrote, plus it's the only non-Radiohead production by Nigel Godrich with artistic merits. Brighten the Corners, however, does all of the above.

Either side of the millennium, 'Stereo' and 'Shady Lane' were so ubiquitous at any given indie-disco, both were played back-to-back, one night. 10,000 UK residents must have asked themselves who Geddy Lee was, shortly after awkwardly contemplating porcine behinds ("pigs they tend to wiggle when they walk..."). In any other year than the one OK Computer came out, this would have been the alt. rock album of the year. As the lyrics become more familiar, the world of Pavement looks a lot more like your own ('Date w/ IKEA', 'Passat Dream'), only with beer-goggles to make it brighter and shinier, and without the synthetic voice of 'Fitter Happier' telling you it’s all empty. The bouncier of the singles was about simple pleasures, and perhaps that’s what most Malkmus lyrics are about, as images collide when you’re zipping down the freeway: "oh my God x4 / oh his God / oh her God / oh your God / it’s everybody’s God x4 / the worlds collide / and all I want is a shady lane." The sweetest moment comes on 'Starlings of the Slipstream', when Malkmus sings his "ah-wooo" refrain – a vocal impression of the joys of flying suggested by the title lyric – before puncturing the mood with fratboy humour ("I put a spy-cam / in a soror-it-y / AH-WOOOOoooo / darlings on the split-screen"). Oddly enough, the self-mocking line comes across even more tender, like the singer only wanted to watch the girls pillowfighting in their underwear, y’know, for fun.

If that doesn’t sound good, you need to lighten up, so: go get this. If your copy’s scratched to death, you want to know whether to upgrade. Okay. There are 32 bonus tracks here, made up of out-takes, live versions and covers, B-sides to the singles and to 'Spit on a Stranger' (the songs being 3 years old by then), plus 4 radio sessions. Not counting versions of tracks from Slanted, Brighten, and Terror, that makes 20 bonus tracks proper, which is still good going. Individually as good as much of BTC, the bonus material is almost as listenable as the album itself, with those alternate mixes between, plus an early version of 'The Hexx', and a kickass cover of Echo & the Bunnymen’s 'The Killing Moon' (the searing guitars at the end showing why early tourmates Mogwai liked them so much). None, furthermore, are as irritating or pointless as (Crooked album tracks) '5.4 = Unit' or 'Hit the Plane Down'; even 'Space Ghost Theme II' has its charm ("Space... Ghost! / GHOST! / come to papa! / come to papa! / baba baba ba!"). Jury’s out on the cover of 'The Classical' – done for a Peel session, natch – 'Conduit' and 'No Life' (off Slanted) already did The Fall pretty well, but Malkmus can’t pull off Smith's slurred vocals. Still, it’s like getting a free Wowee Zowee.

In the grand scheme of things, Pavement's surrealism-lite set the tone for a generation, which could still do with a little more emotional honesty – the comparable surrealism of GbV has come to seem like a gruff, harder-drinking man's way to conceal deep sentiment, whilst REM collaged American cultural history to circumvent the tendency to think any criticism unpatriotic, before those difficult confrontations with mortality and sexuality. Malkmus never meant as much... but, boy could he play guitar.

Dark End Of The Street