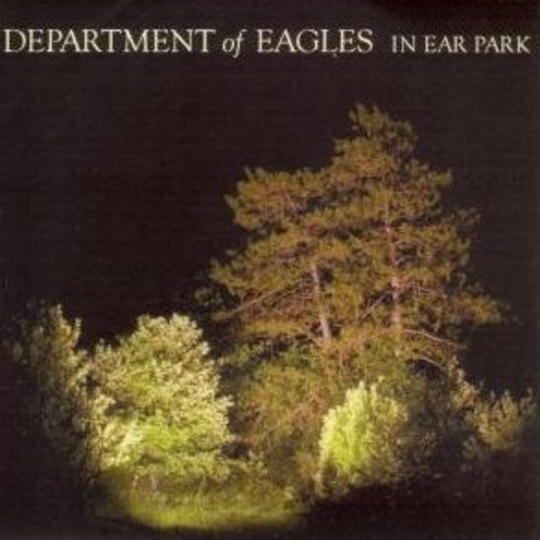 In Ear Park is an album that unaccountably slipped through the DiS net last year as far as getting a review went, but it's been winding itself ever tighter around our hearts since its release in October. Department of Eagles began as a way for Daniel Rossen and Fred Nicolaus to fill the days one spring semester at NYU. This undergraduate mucking about with tape loops and songwriting resulted in the scrappily appealing 2003 album The Cold Nose.

Then Rossen joined Grizzly Bear, Nicolaus got a 9 to 5, and there the story of Department of Eagles might have ended. But then Rossen wrote a number of songs based around childhood and family that he felt were too personal to go into Grizzly Bear's stockpile. He started emailing ideas to Nicolaus, and over the next couple of years, with help at the recording stage from fellow Grizzlies Chris Taylor and Chris Bear, In Ear Park slowly came together.

The album and opening track's title refers to a favourite Los Angeles park where Rossen used to go with his dad, who died in 2007. The song is infused with an expansive, hazily sunlit nostalgia. If the song's warmth evokes the comfort of memory, however, it's a refuge that is sought to avoid the pain of the present: "And now that you're gone/I have nothing but time."

This preoccupation with the past operates on the musical level, too. While there are many echoes of Grizzly Bear to be found here, the influence of Van Dyke Parks - and the Tin Pan Alley antecedents that influenced him in turn - can be heard on the vaudevillian 'Teenagers', and antique instrumentation (double bass; toy pianos; a glockenspiel) abounds. Meanwhile, the 70s west coast rock sheen that recurs throughout the album could be of the same vintage as, I suppose, Rossen's dad's record collection.

None of that is what you notice first, though. No, what you notice first are melodies as big as a house with more hooks than a fisherman's hat. No One Does It Like You generated several servers' worth of superlatives in the blogosphere last year, and it's easy to see why. A thick, bouncing and distorted bassline, a shimmering guitar part, and ethereal backing harmonies coalesce around what sound like three rousing choruses stuck back-to-back, making it In Ear Park's undoubted standout track.

But while this and a few other numbers draw attention to themselves with the primary colours of their melodies, repeated listens allow the album's apparent wallflowers to step up. Songs like the compelling 'Around The Bay', stretched taut between urgent handclaps, slave-ship drumming and tumbling guitars, or 'Phantom Other', which moves so gracefully from lament to miniature epic that you might think you've dropped off and woken up in the middle of a different song, are less immediate - "What would it take to make you listen?", Rossen sings - but eventually prove just as addictive. No one will begrudge him returning to his day job with Grizzly Bear, but anyone who hears In Ear Park will be hoping he takes another working holiday as soon as he gets the chance.