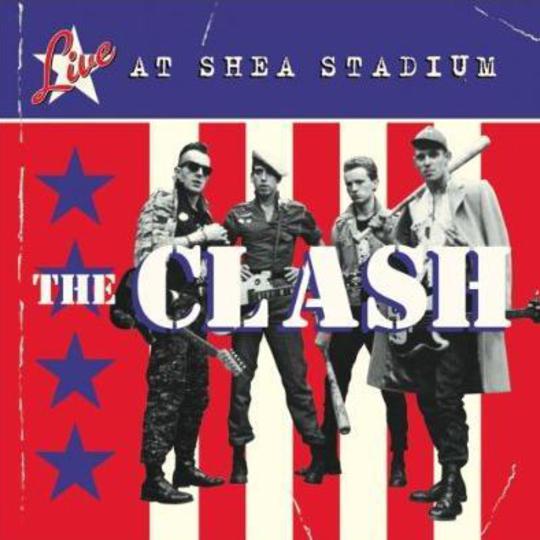 It's a funny thing, the live album. By nature, it'll never really capture the essence of a live performance, the jostling, living, breathing one off event that puts you in the presence of the people who made your record collection. Even if you were at the place and time of the recording, it's a poor second to the real thing; a memento at best.

Some live records work because they offer a mainline to the personality of the artist or band. Even at a remove they get you closer to an understanding of the musicians through casual asides, alternate versions, dialogues, impromptu covers, even via their song choices. The downsides of the live record are manifold too. You're paying for the same songs once again, the performances can feel 'fake', the band could be having an off night, and they often reek of contractual obligation, barrel scraping, or simple profiteering.

It's with regret that I tell you Live at Shea Stadium is a bad live album. A quick glance at the tracklisting promises much; the songs that have come to form part of what should never have been, the punk canon, rest here. The big hits that VH-1 love so well, they're here too. And even though they're played with a little verve, by a band seemingly on good form, as a package it just doesn't work.

Part of the reason it doesn't work is because that by the time The Clash were supporting The Who at Shea Stadium, they'd lost their best drummer, Topper Headon. While he could never have been called a very technically minded drummer, he kept a steady beat, and he hit the drums incredibly hard. His beats were a primal driving force behind what made the songs work. They were still The Clash without him, but something was missing. They fell back to their original drummer, Terry Chimes, after Topper left, and while he's also a proficient sticksman his drum sound was more polished, more refined. It suited the new stadium rock sound they'd chanced upon, but lacked edge.

So the Shea Stadium performance is from a band who have it all to lose. They're at the top of the mountain, looking down. The show itself is cleverly sequenced and well played but lacking excitement. It feels retouched, overdubbed to within an inch of its life, and bass heavy. In fact, it doesn't sound like a live show at all. It sounds like they're playing their best rehearsal tapes in a museum, and opening a door to a baying crowd occasionally between the songs. For a band who relied on their vitality as much as The Clash did, this production style rankles. The airbrushing lessens the impact of the best bits - 'Tommy Gun' and 'Career Opportunities'- and shows up the flaws in the poorer renditions.

It'll no doubt sell by the bucket load; it's one for the completists and dads at Christmas, but first timers looking for an introduction to The Clash should definitely look elsewhere.