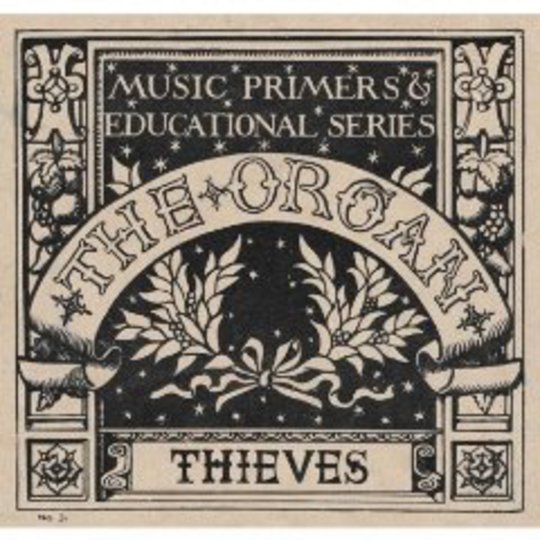 *The Organ *should have been contenders. And heck, for a while they were: weaving lonely magic from the threads of the night, this quintet of introverted, dysfunctional Canadian women ended their as career minor music press darlings, all poised for a future that never happened.

If they drew on the same brooding new wave influences as any number of mid-2000s bands, then the difference between them and those that survived is patently obvious. Grab That Gun, their sole album, is a beautiful but incredibly sparse record, a pale ghost road of wintry guitar chimes, darkly ruminating bass and Jenny Smyth's ever-present, ancient-sounding Hammond. It was cold as ice, and if anything Katie Sketch's piercing vocals were even colder, but at the same time there was so much feeling and portent in her ever word it was almost terrifying: the sound was brittle, and if you fell through, you'd likely fall forever. If the likes of Tom Smith and Paul Banks come closer to Ian Curtis sonically, Sketch was the only singer of that whole post punk revival who came close to capturing any of his monolithic presence.

It all fell apart though: after recording one version of Grab That Gun, scrapping it, recording a second, releasing it in Canada in 2004, sacking their original bassist (twice), touring solidly for two years, releasing the album over here in 2006, and then touring some more, the band – who'd never exactly been the definition of harmonious – called it quits at the end of that year, Smyth commenting in a radio interview that "There were so many reasons I wouldn't know where to start."

Now there's one last transmission, Thieves, an EP that gathers together all material not previously released to CD. Or, to rephrase that, an EP that gathers together the six songs they managed to write in the band's last two years (probably even further back, for that matter). It's endlessly frustrating how such a talented group created so little, but the good news is that Thieves is more bang than whimper. Or at least, by-and-large: the best known song here is 'Let The Bells Ring', which was issued as a 7-inch back in 2005, and is basically a lame early Smiths pastiche, right down to the flat vocal and pancake production. It's probably The Organ's worst song, which is all in the balance, really, as right before it comes 'Oh What A Feeling', quite possibly their best. Beginning as a strident, midnight jangle, it slows and dies at the halfway mark, folding into a quiet chrysalis for a few beats before re-emerging in a wordless eruption of hymnal vocals and church-like keys. It's cold and sad and spiritual and distils all the band's power into one snowstorm-sublime blast. It also points to the band's likely future, how a second album would have taken been built around the frosty patina of latterday bass player Shmoo Ritchie's harmonies. They afford the raggedly intense 'Fire In The Ocean' a wild, sea shantyish feel, Sketch's gasped vocal given an elemental weight; elsewhere Richie's sad echo intensifies the sweetly searing sorrow of 'Don't Be Angry''s broken strum.

Rounding Thieves out are the older 'Even In The Night' and 'Can You Tell Me One Thing'; the most lo-fi things here, they recall the rough campfire magic of 2002's Sinking Hearts EP, though the latter is notable for possibly the only instance of humour in an Organ song: "I skateboard to your house and fall/ skateboard's not a verb at all". No need to mourn a loss to comedy, at least, though solid going on the grammar skills.

Why just 7/10? Because it's not an especially coherent set; because wonderful as most of these songs are, they'd have been better if the perfectionist band had finished them properly; because Amazon appears to be flogging it for £9.99, which is crazy for six tracks. And maybe because I'm angry that that's it. Katie Sketch has a new band called Mermaids, but all that's been heard of them is one (great) song posted on YouTube a year ago. Lord knows what the rest of them are doing. The Organ shoulda been contenders, but now it seems their light has gone out forever.

Life Along the Borderline