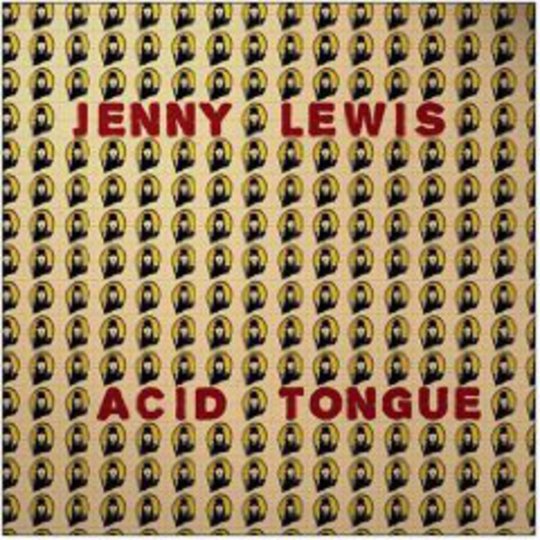 Jenny Lewis is certainly a charmer. Just take a look at the multitude of talented guests she’s roped in for her second solo outing, Acid Tongue. You’d be hard pressed to deny the woman’s ability to draw a crowd. She even convinced fellow Postal Service alumni Ben Gibbard to play a stalker fan in a series of YouTube promo videos for the album.

Intentionally veering away from the glossy sheen of Rilo Kiley’s latest, Acid Tongue finds Lewis stepping away from the self described ‘sort of soul’ of her debut, Rabbit Fur Coat and moving towards the role of a classic country crooner in the vein of Dolly Parton or Loretta Lynn. It’s a role she’s one day destined to play and it’s a point that’s only underlined by Lewis and co. refusal to use the digital implements currently dominating the modern recording studio. This is an analogue affair through and through with every hiccup left on tape, just like the old crooners used to make.

Intentions are all well and good of course, but without the songs to back it up everything falls to pieces. Outside of a few shaky moments though, Lewis does indeed deliver with a collection of pleasant songs fronted by a woman with a very pleasant voice. Opener ‘Black Sand’ quietly ushers in the album with Lewis gently cooing over a pulsating bass line and the odd piano and strings. It may not be the most immediate of starters but its soft ways point things in the right direction as the song smoothly flows into the Laurel Canyon pop of ‘Pretty Bird’.

The nine minute ‘The Next Messiah’ may sound at first like a chink in Lewis’ gleaming armour, but the audacity of merging three songs into one giant nine minute medley proves oddly successful purely based on the fact that Lewis is even willing to try it. What follows afterwards on the remainder of the album is a triumphant blend of country and pop that includes the likes of Elvis Costello, Zooey Deschanel, M. Ward and even Lewis’ father throwing their respective hats into the ring.

Yet even with its analogue window dressing and long list of collaborators, Acid Tongue is clearly Lewis’ stab at a more mainstream sound. It’s a shiner, happier and more productive version of Chan Marshall and what she accomplished on The Greatest. The scrappy indie bite of Lewis’ early work may be gone and you won’t find much in the way of Marshall’s emotional bloodletting. But even if it’s likely to cost Lewis the affections of online tastemakers, she looks set to charm an increasingly large audience for years to come.