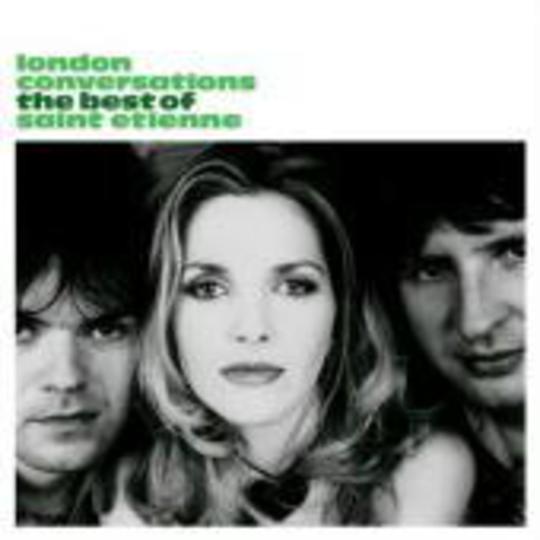 It's hard to believe that nearly two decades have passed since one time Heavenly Social mainstay Bob Stanley started Saint Etienne with fellow capital based DJ Pete Wiggs. Initially nothing more than a side-project for their more dance-orientated pop, Saint Etienne went on to become something of a household name by making easy-listening 1960s pop fashionable again, simultaneously adding 'kitsch' to the list of sub-genres we still see bandied around today.

Somewhat surprisingly, Saint Etienne never actually achieved a Top Ten single - but even though their commercial success never quite matched the critical platitudes, their music continues to attract a whole new generation of followers, particularly now, in the dance-heavy climate the UK's guitar underground currently finds itself in.

London Conversations compiles thirty-five of their best known songs, making it the nearest thing to a Saint Etienne anthology you're likely to find. Although some may argue that their presence in the grand scheme of musical development is hardly worthy of such a hefty collection, it would be fair to say that the majority of this record stands the test of time well, the older material even more so than those songs taken from most recent record Tales From Turnpike House.

Their first two releases, 'Only Love Can Break Your Heart' and 'Kiss And Make Up' (both cover versions) still sound as fresh and invigorating as they did back then without ever falling into X-Factor pastiche territory, while the glorious post-rave comedown of 'Nothing Can Stop Us' - ex-model and long-time cohort Sarah Cracknell's first contribution to Saint Etienne - and spine tingling kitchen-sink drama of 'Like A Motorway' are frankly untouchable pieces of avant-garde pop that haven't been matched by anyone since. Elsewhere, 'Join Our Club' and 'You're In A Bad Way' are prototype Girls Aloud, while 'Who Do You Think You Are' is mid-nineties London's classier yin to Pulp's grittier South Yorkshire yang.

All in all, then, London Conversations is a fitting tribute to one of Britpop's most underrated survivors.