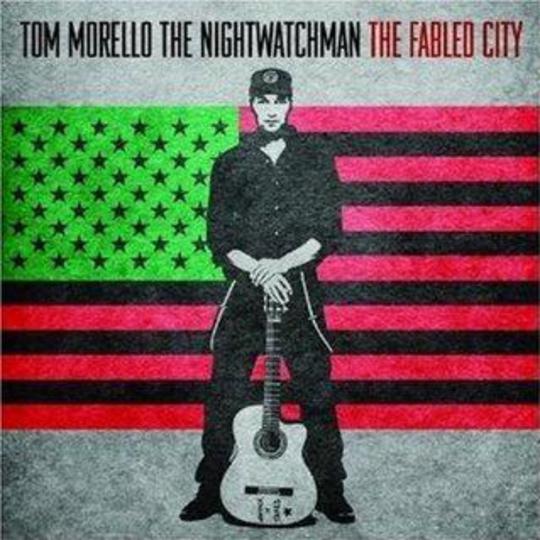 There's no doubting the musical pedigree of Tom Morello. Since the early 90s to the present day, he's delivered chugging riffs and unique, searing solos. In Rage Against The Machine, and latterly Audioslave, he's sold thirty million albums across the world. On an electric guitar, in a band, he's a hero. As his folk alter ego, The Nightwatchman, he's an everyman playing his acoustic in coffee houses across America. I can picture him as a cross between a wandering troubadour and Grasshopper in Kung Fu. Taking on The Man, helping the downtrodden, righting wrongs, drinking Fairtrade coffee. There's definitely a TV series to be had in there somewhere.

Lyrically, the song remains very much the same. In the title track, the fabled city is paved with gold, but iron gates separate the rich from the poor. Later there are mentions of secret prisons, generals without armies, gunmen in towers, prayers to smite the president. There's a brief flash of his well known guitar style, on 'Whatever It Takes'. That's the last time we hear it. And almost the last time we see daylight.

The casual listener might think this album is front-loaded, that quality just sort of tails off halfway through but 'The Fabled City' is actually bookended - two half decent tracks up front, and one sterling effort at the very end. But it isn't his voice, with its definite flavour of Leonard Cohen, that ruins this album. Nor is it the musical backing, which at points which could be mistaken for the Crash Test Dummies, or Crazy Horse on an off day. It's the sheer, unrelenting po-faced seriousness being hammered home, track after track. The song titles are an early hint to the gravity of it all ('Midnight In The City Of Destruction' being a particularly choice example).

Earnest to the point of parody, each cringe-inducing line is delivered with studied, overwrought intensity. Every song is predictable, workman-like, lacking invention. Endless nods to Springsteen permeate the fabric of the album, and while the influence of The Boss has been openly acknowledged by Morello, even The Hold Steady are more subtle about displaying it. The devastating lowlight comes with the arrival of Serj Tankian on 'Lazarus on Down'. Musically, the fingerpicking is precise and beautiful, but the strings are heavy handed, and the song drags as a wailing Tankian desperately tries to imprint his personality upon it.

The last gasp at redemption comes with 'Rise to Power', which finally gets the balance right, and works perfectly: considered folk stylings and well chosen words which get the message across without smothering it. But, sadly, knowing that it all could have have been this much better makes you realise that, for the rest of the time, he's just been sleeping on the job.