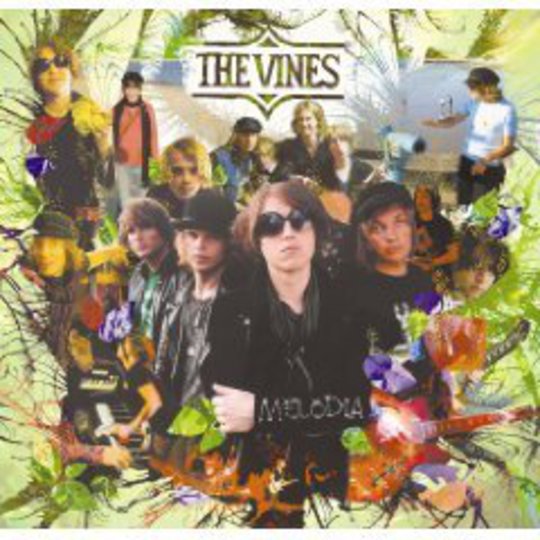 Stripped of their deal with EMI, Sydney’s most famous prodigal children return for one more round with little more than three chords and a prayer.

Everything about The Vines’ fourth album, Melodia, feels budget, from the wretched cover art to the stinking production (it sounds as if Rob Schnapf was so embarassed to be there, he rush-recorded these 14 songs in as many hours). The songwriting is even worse: the best cuts here would have had the band laughed out of the studio in their prime.

Listeners wishing to delve beneath frontman Craig Nichols’ preternaturally blank exterior will be left just as cold. “Once I was a young man / No one could understand / Wasting time every day / He got nothing to say,” _ reveals the painfully close-to-the-bone _‘He’s A Rocker’. As if we didn’t already have that home truth down. Even worse, ballads like ‘Kara Jayne’ devolve into almost unprecidented depths of schmaltz.

Melodia is the sound of a petulant child throwing a tantrum. The problem is, the louder and redder-faced Nichols becomes, the less anyone is willing to offer him the attention he craves. The man-boy has nothing (more) to say. He’s stuck raging in his own real life Groundhog Day, doomed to write the same two songs in perpetuity, desperate to revisit the heights of his debut.

Any fleeting chance that The Vines will rekindle the spark of their early promise has been well and truly snuffed. This is not just the band’s worst record, it’s also the worst record with any profile to be released this year.