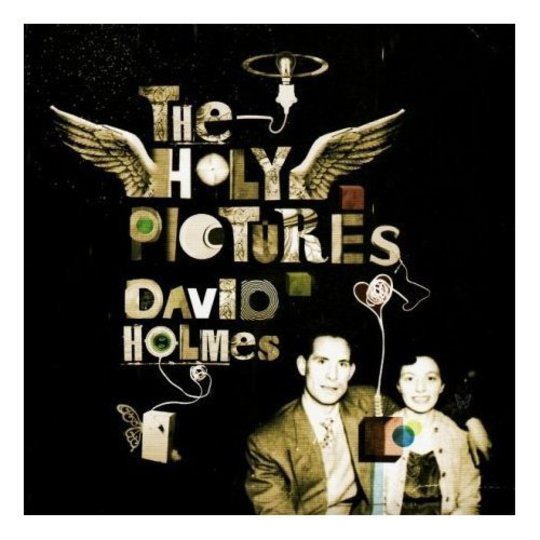 The motorik shove of 'I Heard Wonders' is like a slap in the face, an opening salvo of propulsive energy that signals the return of one of music's forward thinkers. You think you might have heard it before; echoes of Bowie's mid-70s decamp to Hansa-on-the-Wall, or Can's 'I Want More', but this is David Holmes doing what he does best; negotiating his way through the pitfalls of having all the right frames of reference, without emerging with a hash that tastes staler than a week-old doughnut.

It's to be expected that he gets it right, really. Holmes' star was launched proper when his second release, the eclectic Let's Get Killed, was embraced far outside of the DJ-producer culture from which it was born. The echoes of that hedonistic 1997 release are still felt in some ways to this day as the ripples of its 'embrace everything' enthusiasm swish around smaller inlets.

It's been a little over eight years since Holmes released his last proper solo album, though. Bow Down To The Exit Sign was a slab of garage and funk that soundtracked a film yet to exist and caused Alan Mcgee to flap at its lack of inclusion in the cut for the Mercury Music Prize.

Though Holmes has been anything but silent in the years since (imdb lists 30 film projects on which he has contributed to the soundtrack or acted as executive music supervisor), it is here on The Holy Pictures that we see the quietly spoken Belfast native finally removed from the movie - real or imagined - for the first time.

The influence here is life. Holmes' own experiences. In particular those of loss: his childhood, his mother, and then more recently his father. He sings on a handful of tracks for the first time, compelled to do so by the emotional weight of material. It precludes his normal tendancy to collaborate and whilst Holmes' voice is understated and surpisingly airy, it sits just as well in Holy Pictures' Neu!-like pulse, as it does in the cable-in-the-rain static of 'Love Reign Over Me'. His obvious vocal touchstones being the hushed pipework of Jim Reed and Bobby Gillespie.

Whilst at times it seems that there might be a thread between tracks like 'Melanie' or 'I Heard Wonders', and the millennial Krautshock treatments of Primal Scream, The Holy Pictures has altogether less thrust, with the rhythmic front exhausting itself to give way to ambient collages and oscillating moog drones. 'Theme/I.M.C' emits a tight, ticking pulse, 'Kill Her With Kindness' is ushered in like a mist before disipating amongst the stars, and Maggie - an instrumental enoesque soundscape - stirs emotively before ebbing away to the sound of Holmes' infant daughter. Her innocent exclamation offers a kind of redemptive counterpoint to the album's somber origins.

Though his gift as a DJ means that David Holmes could never be accused of lacking cohesion, he has always been inclined to mesh quite disperate ideas together. The Holy Pictures certainly isn't eclectic in the same way as the skitting race through New York sub-culture experienced on Let's Get Killed, or the back and forth pummel of Bow Down. It's a little less brazen, a little more personal but it fits together as a listen-start-to-finish endeavor as well if not better than any of his previous works and that is testament indeed.