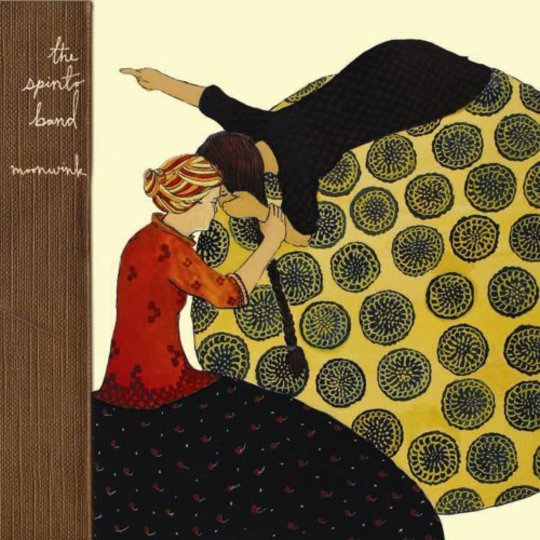 Cast your mind back to 2006 when Delaware’s Spinto Band emerged out of the blue in a glorious burst of sugary exuberance and naggingly brilliant pop songs. Their breakthrough LP Nice and Nicely Done was a work of lo-fi genius swooping over the twee-loving audience, engaging both the feet and the heart. I was one of those people who loved the record an awful lot. Too much, maybe. Much like hugging a kitten, my overplaying squeezed the life and drained the joy from it and I began to find it grating: The cutesy harmonies, the twiddling mandolins and the kazoos, goddam the kazoos really were too much. So when Moonwink thudded onto my doormat via of the postman it was with some reservations with which I began to listen.

Over familiarity aside, much of the band's output is very similar. Three minute pop songs are definitely the order of the day with The Spinto Band. So do they deliver Nice and Nicely Done part two, or an entirely different beast? As Moonwink begins the fears are soon confirmed as jolly pop ditty after jolly pop ditty pour forth. So not much has changed audibly, however, the sheer sense of fun is still evident in spades and after numerous plays shows no sign of waning. It all kicks off with the stomping ‘Later On’ which boasts a military drum beat alongside Nick Krill's typically woozy vocals. ‘Vivian Don’t’ carries on in similarly confident style with complex vocal hooks overlapping and drawing attention closer. Lead single ‘Summer Grof’ meanwhile is the record's star with its hand-clapping heartbreak chic cloding the successful opening trio of tunes.

Marks, however, are lost for the band's lack of originality. Whilst it’s true that The Spinto Band sound like nobody else around right now it’s also true to say they sound exactly the same as they did three years ago (and indeed three minutes ago). The song structures, from the soft and deftly sung verses and screeched choruses to the unerring keyboard sound used on every song the album soon blends into an incoherent repetitive strain. It’s a bizarre contradiction but there is not a track to single out as being poor here and there are plenty that stand out as being strong individually but once they are surrounded by ten of their equals it begins to sound less like a cohesive album and more like a zombie film; numerous indecipherable monsters gurning for your attention.

Lacking Nice And Nicely Done's immediacy, whilst retaining the slightly grating quality was never going to be successful for The Spinto Band. Had this been a debut album perhaps it would have been better received, however, the shadow of the successful first album looms heavy here and may just have listeners reaching for the older material rather than the current.