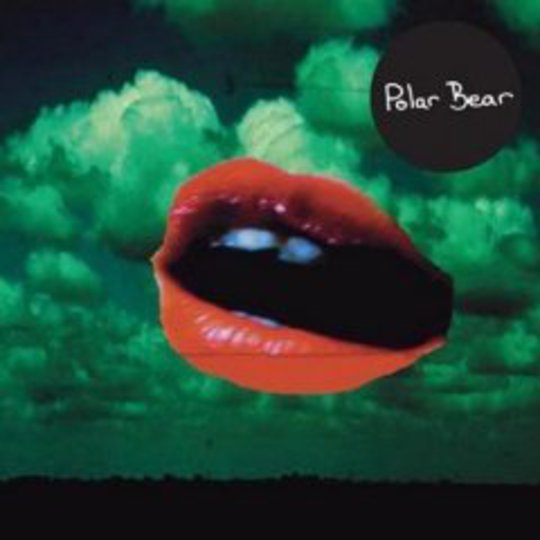 For those that don’t know, Polar Bear are a jazz band, and in 2005 were the token jazz nomination for the Mercury Music Prize. If you saw the award show that year, you’ll know that their kinetic, two sax, bass and drums line-up rocked the house party at the drop of a hat, and left everyone else (bar, possibly, winner Antony Hegarty) looking like very clumsy, boring musicians indeed. You’ll also know that their drummer is a demon, with the biggest hair ever seen in music.

That drummer, who goes by the name Seb Rochford, is also Polar Bear’s bandleader, meaning that he’s the guy who directs the group and sketches the shapes of their tunes. He also, along with bassist Tom Herbert and baritone / tenor saxophonist Pete Wareham, plays in Acoustic Ladyland, an electrified sister act to Polar Bear who do a similar thing to Battles, only coming from the opposite direction. Acoustic Ladyland’s 2006 album, Skinny Grin (review), is about the most exciting and essential example of jazz / rock / avant-garde fusion released in… oh, my lifetime. You should check it out.

Polar Bear play jazz much more straight down the line than their alter ego, though; there’s no electric bass run through effects peddles here, no Hendrix-esque soloing, and no songs titled after Iggy Pop or The Ramones. There are also no samples, loops, or nods to hip-hop or drum 'n' bass, although there are subtle electronic production touches (plus mandolin, kalimba and 'balloon') provided by Leafcutter John. They’re provided live though, in an improvisational jazz style, just like everything else here, which means that, while this is a very modern jazz album in style and tone, it’s still the sound of five men (the fifth being second sax player Mark Lockheart) playing music together in a room, rather than one guy mixing together sample stems on a laptop.

While Wareham and Rochford are the biggest names in the band, it’s often Herbert that carries the compositions, his rich double bass simultaneously anchoring and driving the soloing saxophones and textural electronics, while working in blissful rhythmic union with Roachford’s excitable percussion. Many passages verge on a kid of jazz-dub, Roachford and Herbert laying down a steady, tricky groove while the saxophones and electronics stretch the soundscape above into psychedelic headspace.

Several times across this eponymous album, the group’s third, Polar Bear dip in and out of ambient jazz occasionally redolent of Miles Davis’ legendary In A Silent Way album (though sans keyboards), but they always remember to reintroduce verve, grooves and thrilling intergroup dynamics before things get boring.

Technically Polar Bear mix up many different styles of jazz, from bop to fusion to free through everything else, but always back to their own recognisable stylistic template. Throughout the album melodic themes and rhythmic patterns are established, dissolved, forgotten and then reintroduced. Take the way 'Goodbye' starts life as the kind of tuneful, upbeat style-hopping that might be Polar Bear's signature sound, before it liquefies into a swirl of shooting electronic textures, rattling percussion, and spinning-but-still-melodic sax, and then morphs effortlessly through plains of ambient drone into 'Appears, Moves And Sails'.

It’s this seamless motion and playful interplay that makes Polar Bear such a thrill; they seem to know exactly what to do and when – when to surprise, when to comfort, when to excite, when to calm. The third quarter of the record possibly wanders too far into free jazz skronking and textural explorations for some, but this is a big album – 14 tracks over 75 minutes – and takes in a lot of ground, meaning there should be at least something for everyone. For sheer musical pleasure it’s one of my favourite records of the year. I could listen to them play all day.