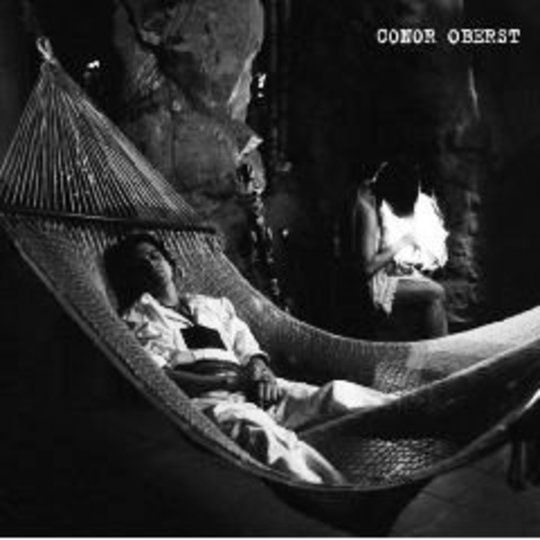 Billed his first solo album in 13 years, Conor Oberst’s latest of many is actually very much a group affair, the Mystic Valley Band (made up of touring musicians and long-standing Bright Eyes players) contributing admirably to a record that stands apart from key works of that band in many instances – eschewing an extended ‘introduction’ of sorts and lacking the input of a certain Mike Mogis.

Recorded earlier this year in the relaxed surroundings of Tepoztlán, México (a self-confessed reaction to the grand, multi-studio production of Cassadaga), it’s an album that, although destined not to please everyone, has evidently pleased its architect – and by that simple virtue, pleases this critic as much as it slightly disheartens. Well, okay – pleases far more than it disheartens (have you scrolled to the bottom yet?), but still. Evaluate? Let’s.

Rolling forth with the above, a gentle strum imbued with the kind of considered lyricism and fine imagery we’ve come to expect from this Nebraskan, immediately there is a sense Oberst is considerably more at ease than on past showings; the tranquillity the record was born out of seeps, trickles from this unhurried, potent ode to the mystical themes and forces that surfaced come Cassadaga. The subsequent ‘Sausalito’ and ‘Get Well Cards’ fare less well initially – similarly leisurely in tone, they see the Mystic Valley Band make their entry proper in a manner refined and not unlike swinging folk-rock bands of yore: this is Oberst in classic North American ‘band’ mode (mustangs, long-boards, bleach-blonde kids and all), perhaps more than ever before.

Not throughout, it must be said. Tellingly, the next highlight is a relatively sparse affair, ‘Lenders In The Temple’ resting on a skeletal, picked guitar line, the angst so oft-associated with him perceptibly creeping back in. This is true of its stripped-down nature, softly propulsive organ and haunting backing vocals; overt in its lyrics that (as with the album opener) tend towards the more oblique and surreal than usual. By contrast ‘Danny Callahan’ finds the band firmly rooted in Neil Young circa early ‘70s territory (right down to Nik Freitas’ impeccable harmonies), and can’t help but feel somewhat slight given the preceding.

‘I Don’t Want To Die In The Hospital’

The halfway point of the album is key – bounding in on a honky-tonk piano riff courtesy of Nate Walcott, ‘I Don’t Want To Die In The Hospital’ is a bluesy, insistent, funny blast of a tune detailing the plight of its bed-bound narrator as he hatches escape plans. Oberst and his band are clearly having the time of their lives on this number – as sprightly and vivacious as its humour is black. Notably, the last time we found him in a hospital bed was on Lifted’s clarion call of a finale in rather different circumstances: waking “in relief… sheets and tubes all tangled / weak from whisky and pills” – a glorious summation, epiphany and conclusion of its parent album and one of his very, very finest. The distinction between the two (upshot implicit) is substantial and revealing – though crucially, not entirely carried through here; variance found in the very songs that follow.

Almost album-highlight ‘Eagle On A Pole’ finds the band on coruscating form, drums spacious and lyrics none-more ambiguous. Oberst dwells here on past, simpler times opposed to an abiding sense of present dissatisfaction, though the repeated refrain translates from Spanish: “the sky is blue”. Contradictorily, perhaps – depending on how you interpret that particular primary colour. ‘NYC – Gone, Gone’ by contrast recalls the earlier track, a big stomping riff melded to marching-band chant, exploding with joyous abandon just shy of its 1:17 running time.

“There’s nothing that the road cannot heal”

The aforementioned is significant here, too. In its chorus lies the above mantra, which you could consider explanatory of the album itself, feasibly extending even further – to Oberst’s whole oeuvre. It’s no great leap to suggest the escape; the exaltation he seeks (has sought constantly) lies on “the road”. Travelling, restlessness shape his very sound – often explicitly (‘June On The West Coast’, ‘Another Travelin’ Song’…‘NYC – Gone, Gone’), occasionally in poignant parting shots – always, in some form, the notion is there. The song itself plays out one of the more successful of the album’s unabashedly ‘traditional’ cuts – melodic and pleasant though by no means as memorable as elsewhere. The penultimate ‘Souled Out!!!’ (“You won’t be getting in / All souled out, in heaven!”) marries the band’s more boisterous tendencies with a lyrical melody straightforward and all the more infectious for it – a loose, crunchy affair that builds towards a climax that if not cacophonous (à la ‘Road To Joy’), certainly rattles with commendable purpose.

And then: then the album closes with ‘Milk Thistle’, on a note of such yearning, reflective beauty it takes the breath away, certainly chokes the throat, and acts as a fervent reminder quite what exceptional talent Oberst holds – something all the preceding gesticulates towards wildly without ever nailing down unreservedly. A milk thistle, fittingly, is a plant of purported healing properties, befitting the soothing, assured lilt of the song to which it lends its name.

Soothing despite its subject matter, as backed by naught but an acoustic guitar and bassline, themes of mortality and conscience that have long-permeated Oberst’s career are explored (the above lyric finding him faced with a newspaper that rebuts an offered “kiss”, stabbing his eyes in retaliation). He’s still emphatically asking these big, worldly questions (cogitation upon which brings about his most striking work); still searching, though he’s inevitably mellowed with age since spitting out those red-blooded, white-skinned blues some six years ago. The enduring image of a crying, newborn baby at the bottom of a well (signifying the boredom that might ensue in heaven) is arguably as quietly provocative and affecting as anything he’s ever done – as indeed, is the song itself.

By its very nature this is a more cohesive work than Cassadaga, and a fine, true one at that: evocative, sporadically inspired and resoundingly enjoyable, repeat plays paying dividends. Like said record, it’s the sound of a musician and songwriter established and comfortable in his craft; less taking his foot off the gas than shifting into a relaxed cruise control. Quite frankly, when quality levels remain this high, it’s nothing to be concerned about just yet.