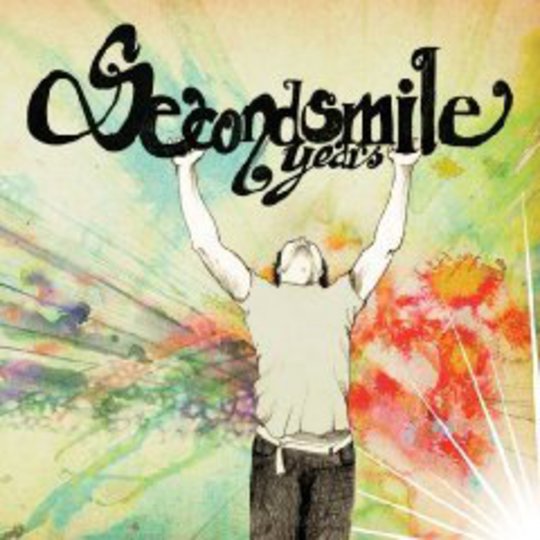 What the Dorset five-piece have done here is remarkable, taking the wandering math-rock of their debut album, Walk Into The Light And Reach For The Sky (review), and honing it into something more direct and convincing. The band saved up their pennies to travel to New York and get Andrew Schneider (Cave In, Daughters, Pelican) behind the production desk, and he’s earned his wage, expanding Secondsmile’s sound in every direction: it’s by turns more beautiful and more aggressive than any of their previous work.

Years is crisper, flowing between nuances and developing the Secondsmile sound into an individual entity. Sure, there are references to contemporaries and influences - Minus The Bear when the guitar licks ring out, Meet Me In St Louis as the free-forming patterns smash together, and even Elbow on the more brooding indie tracks such as ‘Stars Away’ (an album highlight). But the overall package doesn’t sound like any of those bands.

Ross Smithwick’s vocal remains a sticking point; a hoarse instrument that holds up well on certain songs but falls rather flat on others, dragging the music back from brilliance when it’s in touching distance. On ‘Tell Me A Story’, for example, it’s tough to work out if the way he misses notes is ‘cool’ or disagreeably out of tune. If it was the former, would we need to ask the question? And throughout the rest of the record, the thought refuses to budge that with a more versatile, esoteric frontman, Secondsmile would be breathtaking.

Of course, these are insensitive jibes to aim at a band who haven’t had the best of luck with singers, but we can’t hide from the truth. Nevertheless, he’s still decent enough to carry ‘Soundtrack To Your Life’ forward and upwards as it mushrooms into the album’s most visceral moment, and these songs are still huge, leaving an indelible mark. Years is an impressive second album that warrants repeated listens. Secondsmile are pushing on into fascinating territory, and you’d be a fool to take your eyes off them.

See Secondsmile live, for free, at our next DiScover Club in London on August 30, alongside Envy & Other Sins and Brontide - click here for details