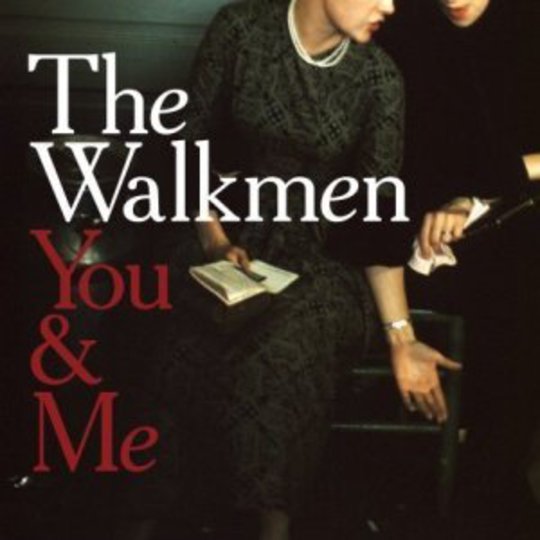 The Walkmen have come a long way since the heady days of Yes New York.

While James Murphy perfects his latest seven-minute opus pining for dancing days and lost friendships, Interpol write themselves into a rut, and The Strokes don’t bother to write at all, quietly The Walkmen keep putting out uniformly interesting records. While the band didn’t exactly explode out of that compilation, they blew up with ‘The Rat’, and it’s still the band’s calling card, a song that lurches drunkenly from a triumphant fuck you to defeated spirit drowning. On first impression You & Me is the antithesis of that – more like the sound of settling down. The Walkmen that used to go out alone in ‘The Rat’ now sound like they prop up more comfy chairs than bars.

And that’s what the band does best now. They lull you into the same sense of staid security of modern American suburbia that is obsessed over in David Lynch films or Bret Easton Ellis narratives. There’s an acid resentment that lurks stickily in the background. In ‘On The Water’ Hamilton Leithauser laments decades flying by and when he sings_ “You know I’d never leave you / No matter how hard I’d try / You know I’d never leave you / And that’s just the way it is”, the song fizzes with frustration. There is a sense of unwanted responsibility and the nagging feeling that as the title _You & Me implies there is no me without you, no you without me.

The pondering of passing time is in sharp focus on the entire album. But whether the band are riding waves of optimism, emanating good vibes and confidently foreseeing good years in ‘In the New Year’, or thinking back to old adventures on ‘Seven Years of Holidays’, the writing feels more like a character study. There’s a detached sense of inevitability; mourning the lost promise of hedonistic youth. While James Murphy grieved for the loss of his friends on last year’s stunning Sound Of Silver, The Walkmen give off the same confused mid-life vibes, but instead of missing his friends, Leithauser seems to be missing himself, as he cries on_ ‘Seven Years of Holidays’: _“I’m lost”.

The sound is a familiar Walkmen one; muddied and full of lower tones and space. But there’s something about You & Me that seems more professional, almost clinical - though not in a bad way. The musicianship is almost routine in its excellence; Matt Barrick’s drums in particular kick and roll throughout, propelling the songs with a sick-at-sea feel, especially on album highlight ‘Four Provinces’, where Leithauser polishes his heart with “gin and cigars”, his voice on the edge, resenting broken bones and that “Every hour of a long day / I spend it with you / Every year that I’m living / I stick by your side”.

Five years is a long time in a city, especially in New York, and The Walkmen seem to have spent that time creeping toward the fringes, spitting back at the city from clean looking suburbia. On You & Me they inhabit the outskirts, looking in at themselves, cities and relationships dulled by the backwards momentum of the past. It’s not a showy record, but one that when peeled apart reveals itself to be a darker and more engaging album than on first listen. But not only that, as it might also be the best thing they’ve ever done.