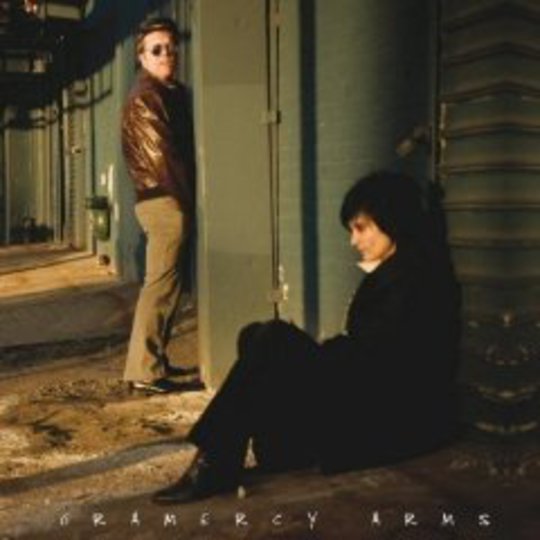 It seems expedient to mention straight away who comprises* Gramercy Arms*. In the mix here, in what the group describe as an ongoing project to involve New York musicians in trying to capture the vibrancy of their 'home city', are members of Joan As Policewoman, Guided By Voices, Nada Surf and Luna. Even comedienne Sarah Silverman makes an appearance. To that extent you’d probably imagine Gramercy Arms as either sounding like collective sum of its obviously talented parts, or a self-important vanity project without any cohesion. Sadly, the latter is correct.

It’s clear that what the band are aiming for is a short, fat-free summery pop album. What they seem to fail to realise, however, is that great pop songs aren’t necessarily those crafted by numbers. Indeed, all those numbers are present in spades here: catchy, chugging riffs, pleasant harmonies, inoffensive thematic content. Yet the best pop records are made up of more than just ticked boxes – pop music without the soul is like an ice-cream with just the cone. Singer and band-leader Dave Derby’s lyrics really are cone-bland, full of meaningless jabber about “resting your pretty head” (‘Moving Slow’) and never having “seen / a world so green” (‘Looking At The Sun’). Snore.

There are good moments here – notably the confident swagger of opener ‘Automatic’ – yet listening to Gramercy Arms is a strangely unsettling experience. It’s as if the band members had decided to make the most clichéd, polished pop-rock album imaginable as a test of their fans' intelligence, to see if we notice that the album looks good, sounds good, but is actually, deep down, a great big nothing. In fact, with Silverman on board, maybe it is just that – a joke. A not very funny joke.