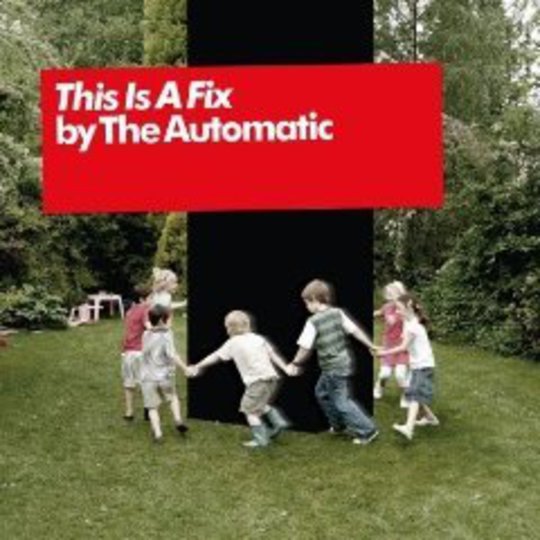 It’s easy to feel sorry for The Automatic, their careers made and then destroyed by a single, huge hit. But then it’s easy to not feel sorry for them at all, too. That hit has propelled them into the nation’s consciousness - a position that many bands would give their right arms for - and the criticism levelled at their debut album (that it was pretty much the same song on repeat) was well-founded.

Still, there’s little doubt that they have to deliver with album number two or face drifting into obscurity. This Is A Fix may be good enough to save their bacon, but only just. Drafting in Yourcodenameis:milo’s Paul Mullen on guitar and getting shot of keyboardist and eager screecher Alex Pennie has reaped the expected rewards: this is a more technically proficient and diverse record that hits harder and faster than Not Accepted Anywhere.

From behind the production desk, Butch Walker (Hot Hot Heat, Fall Out Boy) has added menace to The Automatic’s sound, enabling the title-track to spiral powerfully out of the traps, and he’s also brought a sophisticated pop sheen to the big singles: ‘Steve McQueen’ and ‘Magazines’ sound fantastic. But there’s still a worrying naivety about some of these songs that Walker can’t disguise - the chorus of ‘This Ship’ is dreadful and derivative despite some impressive verse work, and ‘Bad Guy’ proves to be just that, nestling in the centre of this album like a volcanic spot on the end of The Automatic’s nose. “Good things don’t happen to ugly people,” Rob Hawkins wails. It’s a desperate attempt at a pop hook.

‘Secret Police’, meanwhile, does a very good impression of one of Feeder’s better songs, and on ‘Make The Mistakes’ Hawkins cries: “This is getting out of control.” If only, Rob. If only. The problem seems to be that The Automatic don’t know what they want to be, so try and straddle the fence between boundary-pushing rockers and well-preened popsters. As a result, This Is A Fix is a rather messy record that doesn’t clarify anything.

It’s a pleasant mess, it’s well-meaning, and there’s enough pop here to satisfy the band’s fans. But you still feel like they’re fighting against the pop tag; fighting for what they see as credibility, far away from a T4 On The Beach stage. Perhaps if they just embraced it, they’d create a fantastic pop album rather than this halfway house one.