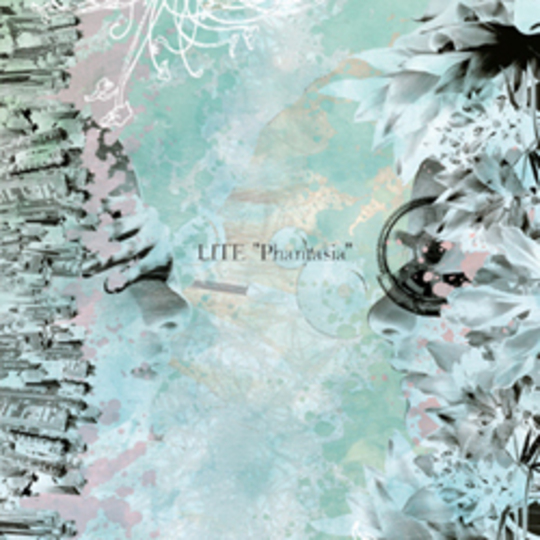 Easy to admire but tough to love, Japanese quartet Lite deliver the sort of balance-troubling post-rock with math overtones that gets tech-heads in a giddy spin of pleasure, but the rest of us who savour the occasional melody wishing they’d ease off just a tiny bit.

Phantasia is the Tokyo-based band’s second long-player, and arrives after some impressive career developments: they played the Fuji Rock Festival, released a split CD with Funanori (who count ex-Minutemen member Mike Watt among their number), and have toured the UK twice. The latter with little accompanying fanfare, we presume, since their shows slipped DiS by.

Nevertheless, much on Phantasia indicates they’d be a great live act: ‘Ef_’ opens in tone-setting style, guitar lines frenzied but calculated exactingly, ‘Black And White’ rides a slow-build _a la Russian Circles before its inevitable upping of intensity, and ‘Fade’ bursts from the speakers in a proggy muddle of directions that’s several parts Yes and a dozen King Crimson.

However, the quartet suffer from a degree of one-dimensionality, despite the odd breather piece like ‘Solitude’; too much of Phantasia fails to connect on a level other than that of technical appreciation, unlike the more measured output of countrymen Mono, with whom a few parallels can be drawn. Neither act uses vocals, and both rely heavily on well-telegraphed shifts in time signatures. The difference is that one conveys great emotional weight, and the other merely the fact that they can play, y’know, fucking amazingly.

Lite – the other, if that wasn’t clear – to some will sound as enchantingly preposterous as Mirrored did last year, and there’s no doubting Phantasia’s more jazz- and prog-indebted passages will appeal to fans of ‘70s acts once derided for their cape-wearing ways and endless drum solos. But to ears that’ve been around this same old block a few times it’s maybe an instrumental album of astute prowess as its USP too many.

More soul, less skill: not something you’d encourage in too many bands, but Lite could try playing from their hearts more often than their heads if they’re after a decent audience come their third UK tour.