This Is Not The World 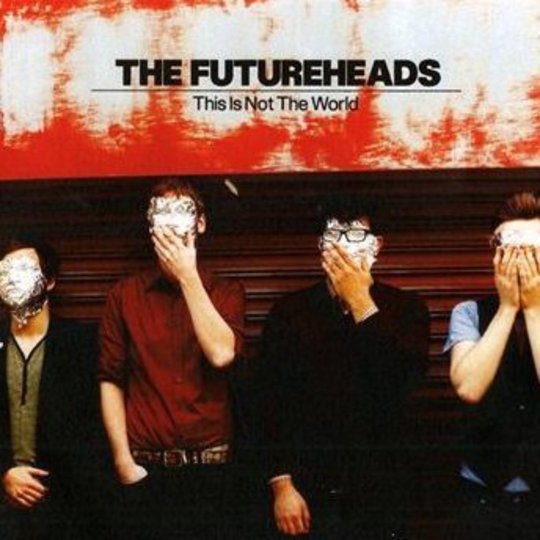 Let’s not kid ourselves: This Is Not The World was almost the album that never happened. So many great bands fold after being dropped by major labels, so it could have been easily assumed that The Futureheads would follow the likes of Hope Of The States into the history books.

The band’s third album always had to be something much more than a return to form, then; it had to make a statement of longevity that would welcome in Nul Records-era Futureheads and see them through this challenging new chapter. Considering the magnitude of the task they’ve pissed all over it, laughing their socks off.

The Sunderland four-piece would’ve been forgiven for taking on the task with a degree of restraint, approaching this LP with a fear of pushing their evolution too far, too soon. But the only back-pedalling here is evident in the absence of two-minute raging pop songs and the presence of very definite structures: verse, chorus, verse, bridge, chorus, chorus. However, This is Not the World remains a frenzied dash through stunning build-ups and punk poundings.

The disco angst of patented material brazenly shines through, but there’s a suggestion of dissent where there used to be unashamed fun. The opening track and first single ‘The Beginning Of The Twist’ is a call to arms, proclaiming an imminent shift in something chaotic; it’s already the song of a picture of great big middle digit pointing skyward from a tightly clenched fist. And why not?

After all, following their dumping by former label 679 this was always going to be a retaliatory record. Documenting many of the feelings and exploits in the aftermath, these 12 songs are dark in places with hints of confusion about where the band currently is.

‘Walking Backwards’ is deceptively chipper; it cries out in confusion, not knowing a role or direction. Suffering the abuse of an oppressive body, the entire album is a mouthpiece for a creative freedom not felt for a long time.

Built of compounded riffs and sliding basslines _ ‘Sale of the Century’_ is a Pumpkins anthem that Billy Corgan never penned, a crude anger outlet. Snapping between darkness and traditional liveliness the transition is so blatant and underhanded it sounds like a cut and paste job. This is overshadowed by the extraordinary outro: a complex unravelling of missed drumbeats and guitar interjections that morph into something almost unrehearsed.

The new single, _ ‘Radio Heart’_, is something very different. Wetter than what surrounds it, it longs for a girl with a transistor blood pump. Sticking out like a sore thumb, feels like an afterthought addition with standalone cuts firmly in mind. Some will expect this album to bash the music industry throughout, from the electronic hum of a second in to the record’s climax 39 minutes later, but it’s peppered with inoffensively tuneful offerings that need, maybe, to grow some balls to really keep such company. Then again, no band can be angry all the time.

That said the standout track is a post-love song chronicling the transmission of advice from one friend to another as he tries to get over a girl. There’s something brutally honest about ‘Hard To Bear’: “You lock yourself in your room / You keep your curtains closed to help seal in the gloom / Your bedclothes still stink of her stale perfume / But you hope the smell doesn’t vanish too soon.”

Another highlight attacks that destroyer of life, routine. ‘Everything’s Changing Today’ is a boozy emancipation from being stuck in a rut every night to becoming a social butterfly; the kind of escapism all bands offer their fans.

In places this album is the statement it should be, a Trojan Horse bringing down one of the biggest symbols of capitalism from the inside. It’s a shame then that, sometimes, the quartet chooses to equip themselves with teaspoons and not chainsaws to do the job. Still, it’s one almighty journey through realms uncharted by The Futureheads thus far, and it’s done in fine form.