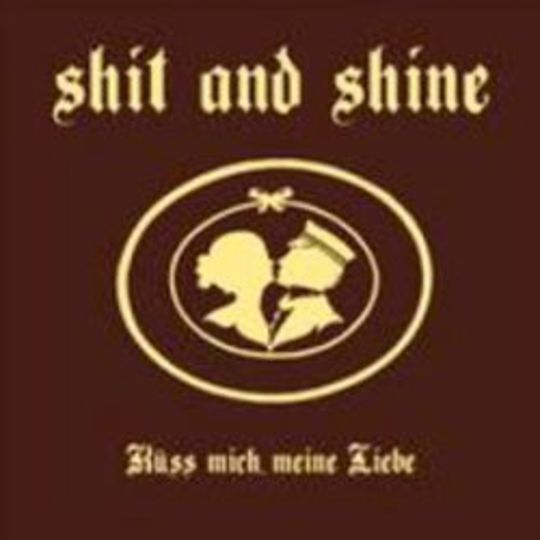 When the bombs fall, only cockroaches will scuttle about the dust and decay, crumbled cities slain by progression only serving to undo. They’ll raise their little roach ears – do roaches have ears? – to the skies and soak up the hum, the rumble, the buzz of the bombast. And it’ll sound like Shit And Shine.

Fifty-six minutes of incessant squall so perverse, so putrid, so seeped in hate and anger and rage, Küss mich, meine Liebe is either the most brilliantly fucking hostile album of the year, or 2008’s worst example of a band just being left to their own devices. Which are, in short: hit things, hard and fast, and crank everything through cheap amps made of tank cannons and hollow bones. It’s rock music taken apart, stitched together like a human skin suit; recognisable of form, enough, but utterly horrifying simultaneously. It’s tough, love, and you’ll either bleed out or belt up, stunned into statuesque submission or convulsing like a fat kid ODing on candy canes while sucking volts through a straw.

Progression to undo and rebuild. The roaches conquer the world, and march to the beat of the only traces of a dead civilisation remaining: all reminders of a being’s ability to destroy itself. Shit And Shine’s music is deconstruction-core, bloody and snotty and spitting, a cacophony to enslave legions: they’re either with you or against you and made to be with you. It’s a sound so fucking harsh that writing this brings me out in a sweat.

I pretty much want to mate with it and start a master race to survive the apocalypse.