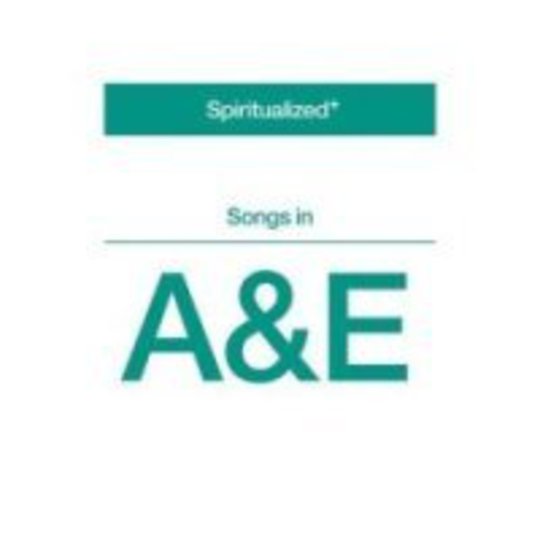 Perhaps it was the grimmest of ironies that the man who seemed so obsessed with talking directly, beseechingly even, with his god came very close to a one-on-one pow-wow with the big man himself. Grim irony, too, that the man who sings about, but refuses to talk about, all matter of pharmaceuticals came to rely on them to maintain his very existence.

Or maybe not. There’s an odd feeling that Jason Pierce, Spiritualized’s heart and soul, instead found this adventure to the gates of Hades (because surely if there is a heaven and hell, he’s heading to the hot one) just that – an adventure, to be treated with the same sardonic, lip-curled, knowing stance he's held for the past ten years. Spiritualized albums these days seem a strange mix of mirth and resignation. A pastiche, if it wasn’t a state of affairs with such extreme possible outcomes.

You wonder if embracing that final step outside of mortality has become more than a gloomy obsession and an actual desire of the inevitable. Because the flipside, the notion that this constant retread of morbid, fated topics is all one big joke to him is unthinkable. Unthinkable especially when he can still create such wonderful songs as lead-off track ‘Soul On Fire’, a joyous soulful explosion that will surely trigger shivers in a live setting. But less unimaginable when you study a song such as ‘Death Take Your Fiddle’, which is musically anchored by the sound of a steadily wheezing respirator. The song’s lyrics of “Death take your fiddle / play a song for me / and I will sing along_”, as well as talk of codeine and morphine, grinds softly close to bone in the most uncomfortable of ways; as if turning his near-death experience (he was given his last rites after a bout of double pneumonia, don’t forget) into a wry reference is perfectly normal.

Confusing too, that a man who refuses to discuss the lyrical content of his records – and once famously claimed that the lyric “there’s a hole in my arm where the money goes” wasn’t necessarily about intravenous drug use – is more than happy to turn his dire situation into a pun-ish album title. Songs in A & E, however, might well have been cooked up (excuse my own pun) as an album title well before death took its almost permanent grip on the Spaceman.

It’s as if playing his own game of lyrical cat-and-mouse has caught him in a world where reality and myth, role-playing and actuality are intrinsically entwined, till neither listener nor artist knows no difference. Truth and parody meshed together in an altogether confusing and ill-conceived manner.

Which is a shame, because there is great merit in parts in Songs in A & E. Tracks like ‘Borrowed Your Gun’ are full of languorous confessional beauty and closer ‘Goodnight Goodnight_’ has the sort of fragile melancholia that he has perfected over twenty years. In other places though, there’s the familiar drag of ‘seen that, heard that, don’t believe in it anymore’, which is a shame, because his particular blend of sombre gospel, garage-psyche and aching balladry used to be so essential and vital; something to believe in, even.

A claim that, as enjoyable as his records can still be, it’s hard to argue Spiritualized hold over us anymore.