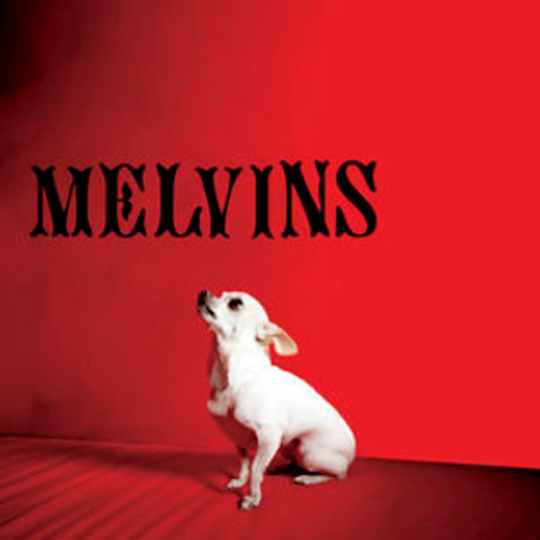 The second Melvins album to feature Dale Crover and Buzz Osborne alongside Big Business members Jared Warren and Coady Willis – 2006’s (A) Senile Animal was the first to see the four-piece gel on record – Nude With Boots finds the sludge-rock veterans opening proceedings with a Zeppelin-style flourish, ‘The Kicking Machine’ clattering into life with drum rolls reminiscent of Bonham bucking like an antagonised mule. But the album doesn’t follow a course dictated by its opener – diversions are taken, sidesteps made, and come closer ‘It Tastes Better Than The Truth’ the listener has been tumbled a number of ways in a most satisfying manner.

If the opening brace – ‘The Kicking Machine’ is swiftly followed by ‘Billy Fish’ – seem a little light and airy compared to your idea of the band based on their extensive catalogue (amazingly loud, basically), ‘Dog Island’ soon crunches first impressions to dust – what was playing out like the Melvins do Stadium Rock digs a deep trench and sits tight, grinding and chewing without any respite, for seven minutes. The vocals turn from being delivered with a cheery smile to being spat with a fiendish snarl, and Osbourne’s guitar revs like a greased-up road hog prepped for a hundred-miles-an-hour rocket over a ravine. No looking down, no looking back.

It’s an appropriate attitude to adopt, too, as while Melvins releases have never truly strayed from territories familiar enough to continue pleasing their fanbase, no new record has completely mirrored its predecessor; they might have wheeled out their first major-label LP Houdini for the Don’t Look Back crowd in the past, but Nude With Boots proves the band are very firmly focused on the generating of fresh material. The input of Warren and Willis can’t be overlooked – (A) Senile Animal represented a return to form after 2002’s so-so Hostile Ambient Takeover, and the Big Business powerhouses build on the influence evident one album ago to aid the steering of this record from beginning to end. Willis matches Crover beat for beat, percussion towering above all else in the mix, and Warren’s bass playing provides hooks enough for any fumbling-blind first-timers to latch onto, bobbing their heads to the flow of fret runs and breakdowns.

Nude With Boots is still King Buzzo’s baby, though – his vocals pierce the maelstrom with ease, dominating earphones and speaker cones whenever he opens his lungs. He bellows mightily through the title track and unsettles with a sinister hiss on ‘Suicide In Progress’, point being whatever the man’s at-the-mic approach he succeeds in his goal of getting attentions alerted to his considerable presence. The latter track has an edge of Mr Bungle joviality about it – it’s playful despite its distinct atmosphere of menace – and this jauntiness spreads to a couple of other album cuts: ‘The Smiling Cobra’ buoys violently but never to the extent you feel a bruising coming on, and ‘The Stupid Creep’ is a minute-thirty of chugging guitar work with killer riffs slinking through the fog. Not everything works, as the drone of ‘Flush’ – lightweight and spacious, never close to clogging pores – seems out of place on a record that typically sets its levels to ‘crush’, but shortcomings are few and far between on the Melvins’ latest of many studio LPs.

Unlikely though it is to be the ‘way in’ for newcomers to the Melvins – has anyone out there really never heard a Melvins record? – Nude With Boots is an enjoyably acerbic listen, with a decent spread of compositional variety, that empties its acid bath just occasionally enough to give its audience time to towel off the waves of tumultuous noise. Just one tip: don’t listen to that closer, ‘It Tastes Better Than The Truth’, with the lights off and nobody else home. Do so and there’s no way you’re getting a good night’s sleep.