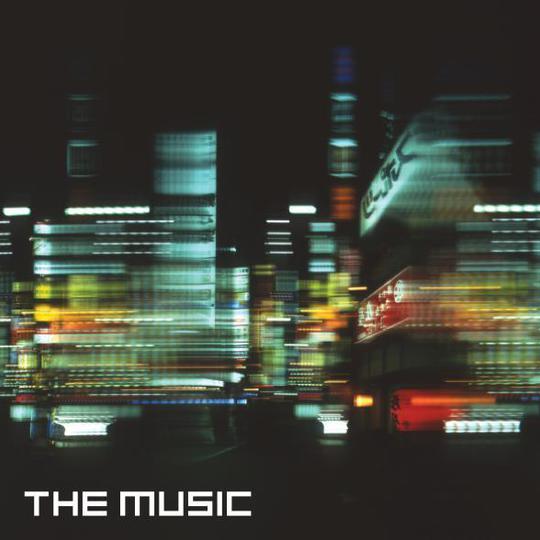 Believe it or not, Leeds quartet The Music are entering their tenth anniversary as a band. Remarkably, all four members have barely passed the 25 year birthday milestone, which may come as something as a surprise considering their first release in 2001 pre-dated all things Strokes, Libertines and New Rave. Even bands such as Coldplay and Muse were just as likely to be seen sharing stages - and not necessarily headlining - with the likes of Shack and My Vitriol. Strength In Numbers is The Music's third album, one more than Doherty and Barat, among others from the era that followed, managed to achieve together.

Taking everything into account, it seems like a lifetime ago that Tony Wilson said the one band he regretted never signing was The Music. At the time Leeds was more renowned for Harvey Nicholls and Emmerdale away-days. Since then their hometown has left its original prodigal sons behind to pick up the pieces in what some harsh commentators would describe as a musical wasteland of their own making, while all around go from strength to strength. One would therefore have to question why The Music bothered returning at all – their most obvious influences, The Verve and Led Zeppelin, have made more grandiose comebacks, and the question remains: will anyone give a flying one about them in 2008?

The intervening years since 2004’s Welcome To The North have not been kind - vocalist Robert Harvey’s dalliances with substances and liquids of an addictive nature got the better of him, culminating in a spell of professional rehabilitation. While its hard to feel too much sympathy with him, having "never done a hard day's graft in his life" as my old man succinctly puts it, one can perhaps understand the pressures heaped on such a young band's shoulders amid all the hype and expectation that greeted debut single 'Take The Long Road And Walk It' way back in 2001.

So, all things considered, it comes as no surprise that Strength In Numbers can be summarised as something of an autobiographical statement of Harvey's, shall we say, ‘less productive’ phase. Of the 12 songs here, no less than ten contain references, be they covert, clumsy or otherwise, to a time when the future of the band, and Harvey's career in the music business for that matter, seemed to be in doubt. Some, such as the closing 'Inconceivable Odds' ("How do I fight these inconceivable odds that are bringing me down?") or the Tomorrow's World-theme-gone-baggy 'Vision' ("Without you I'm a broken man") seem almost too personal and shrouded in pathos for public consumption. Others, such as 'Drugs' and 'The Spike', pretty much speak for themselves in a titular sense.

Musically, especially when experienced live, The Music always seemed to raise the bar above most of their contemporaries, and in guitarist Adam Nutter they’ve always possessed an underrated gem to give some of the McCabe/Page comparisons a degree of credence. Unfortunately, their choice of Orbital's Paul Hartnoll on production duties seems to have watered their sound down, and at times it is hard to distinguish one song from the next. Even worse, at times, such as on album mid-point 'Get Through It', which apes Jan Hammer's Miami Vice theme almost to the point of plagiarism, Hartnoll gives the impression he's trying to re-invent The Music as some northern equivalent of Klaxons rather than concentrating on the band's obvious strengths.

Occasionally though, Strength In Numbers demonstrates why The Music were held in such high esteem in the first place, and in album standout 'The Last One' possesses arguably their most exquisite four minutes to date.

Of course all of this may count for nothing if Strength In Numbers doesn't manage to shift the required number of units to please their paymasters, but with a little perseverance, there is still a modicum of hope that The Music's best work is yet to come. For now, Strength In Numbers, whilst not exactly redefining the zeitgeist, is a lot better than anyone could have expected.